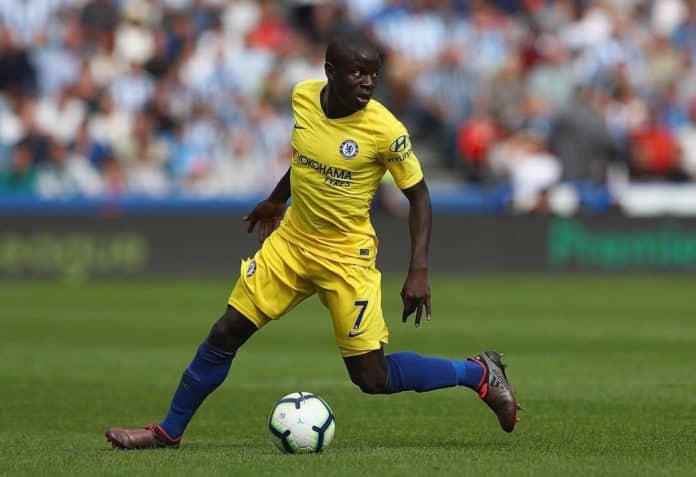 Barcelona continue to make headlines with regards to their summer transfer plans and a new name has emerged on Wednesday in the form of N’Golo Kante.

The Blaugranas have been the fan of the Frenchman centre defensive midfielder for quite some time now. Also, Philippe Coutinho wants an exit from Barcelona and he want a Premier League move this summer.

Chelsea seems very interested in landing the Brazilian to the club to strengthen their attack which got worse after the departure of Eden Hazard last year. So, the Premier League giants are planning to bring him anyhow and in this economic crisis many rumours are floating out.

Mundo Deportivo reports that the Chelsea midfielder N’Golo Kante is now a target for the Blaugranas and MD reckon the fact that some kind of swap deal could be on the cards.

Barca were after a midfielder and we heard they were interested in Fabian Ruiz off lately. So, to replace the outgoing Ivan Rakitic and Arturo Vidal, their “so-called favourite” Kante can help to replace the aging Busquets in the coming years.

Barca have previously tried to arrange a move for Kante but they found it too difficult. Now they feel that Kante has not enjoyed a “stellar role” under Frank Lampard and the uncertainty in the transfer market might help.

Coutinho is also keen on a move to Chelsea, while MD did reckon there could be some kind of swap deal like the one Barca did last summer with Jasper Cillessen and Neto.

This could help Barcelona in both ways, to offload Coutinho as well as get a perfect replacement for Busquets bringing down the average age of the midfield.

Previous article
Best Gaming PC build under $800 ft. Ryzen 5 3600
Next article
IPL 2020 has been postponed indefinitely due to Coronavirus pandemic