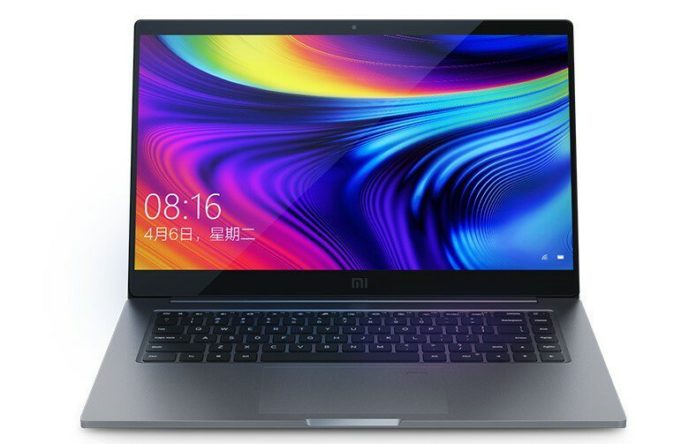 Xiaomi is investing more on IoT and computing devices to expand its industry and proving itself to be “more than just a smartphone company” in recent days. To everyone’s surprise, the Chinese giant has launched a new laptop silently in China.

In terms of design, the new notebook is similar to its predecessor, featuring a minimalistic design along with a logo at the front. The laptop has a metal body along with a dark grey finish and measures just 19.9mm in thickness, weighing just about 2kg. The laptop also comes with a dual-fan cooling system and heat pipes for temperature management.

The Mi Notebook Pro (2019) features a 15.5-inch 1080p Full HD IPS display with thin bezels on all sides. The display has now been improved from a 72% NTSC display to a 100%sRGB display, this makes the display visually richer and will in turn help professionals who generally will buy this laptop.

On the performance front, we have up to a quad-core, eight threaded Intel Core i7-10510U processor based on the 14nm process and has a boost clock of up to 4.9GHz. It is paired with up to 16GB of 2666MHz DDR4 RAM and there are two main SSD storage variants – 256GB, 512GB and will also be available with 1TB SSD storage also.

The discrete GPU here is the standard NVIDIA GeForce MX250 GPU with 2GB of VRAM which is, in fact, a great graphics option for thin and light notebooks. The Mi Notebook Pro 15 Enhanced Edition packs a 60Wh battery and full-sized backlit keyboard that has 19.5mm large keys for ease in typing.

For the connectivity, we have two USB 3.0 ports, one USB 2.0 port, Gigabit Ethernet port, HDMI interface, and a headset jack along with a 3-in-1 card reader. As it features the latest Intel chip it should be able to support the latest WiFi 6 and undoubtedly the Xiaomi laptop runs on Windows 10 OS.

So, overall we see the laptop to be an upgraded version of the originally announced Mi Notebook Pro 15 that was introduces earlier this year. The newer one features the latest CPU, better GPU, more SSD storage and other minor improvements including a new sound card and others.

Xiaomi has only confirmed the pricing of the Enhanced version i.e. the one with Core i7-10510U/ MX250 GPU/16GB RAM and 1TB SSD to be CNY 6,999 which roughly is Rs.70,100, the pricing details of other variants are not yet confirmed. The laptop is already up for pre-orders and will go on sale from November 1.