Realme, the brand name that is on the lips of every youth these days, is yet again back with another bang. This time they are launching their new U series, that will focus on premium quality.

Last month when the Helio P70 chipset got launched, Realme CEO Madhav Seth confirmed that they will launch their new smartphone with this chipset at the end of November. A few days back they switched to the yellow logo and changed the style of logo.

Impressively, they have kept their promise and they are to launch the new device on November 28th. Realme will this time rely on Amazon for their new smartphone launch. 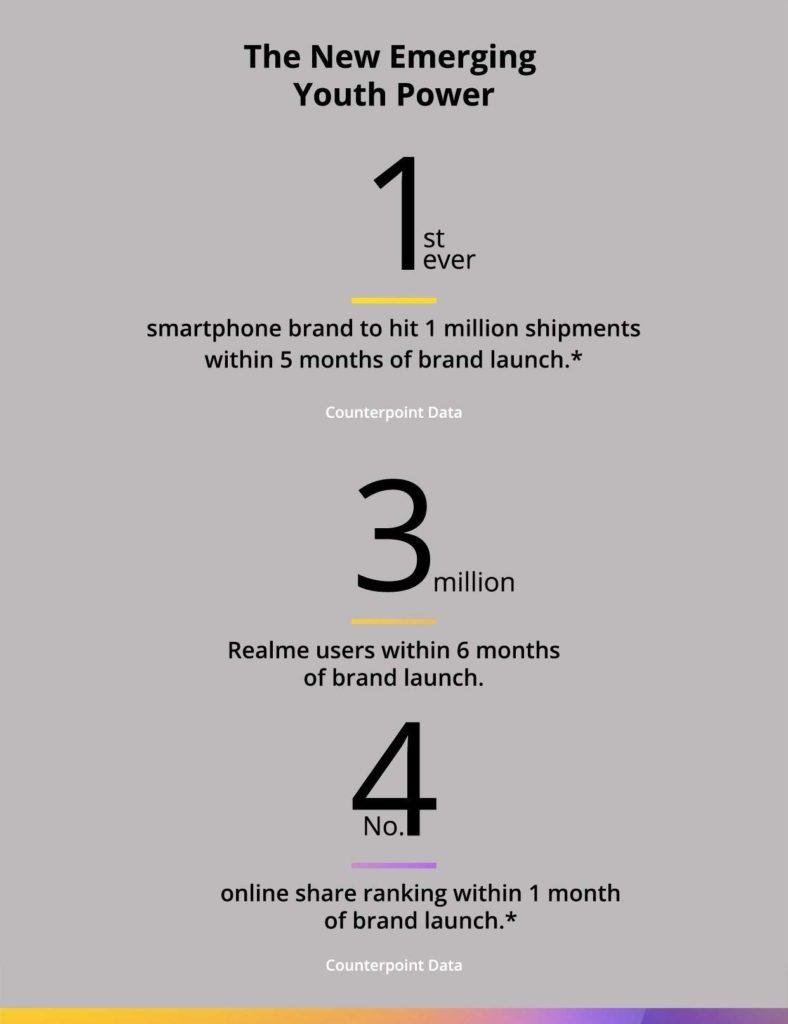 According to Counterpoint Research, Realme has become the first brand to sell 1 million smartphones within 5 months of its launch. It is currently the fourth largest brand online and claims to have sold over 3 million devices in the past six months.

Having launched some great smartphones back-to-back, the company is trying to expand its portfolio with the new U series. The Realme 1, Realme 2, Realme 2 Pro and the Realme C1 have all been a huge hit.

With the new Realme U1, they want to capture the mid-range segment, primarily captured by brands like Xiaomi, Oppo, Honor, Motorola, Vivo and Nokia. 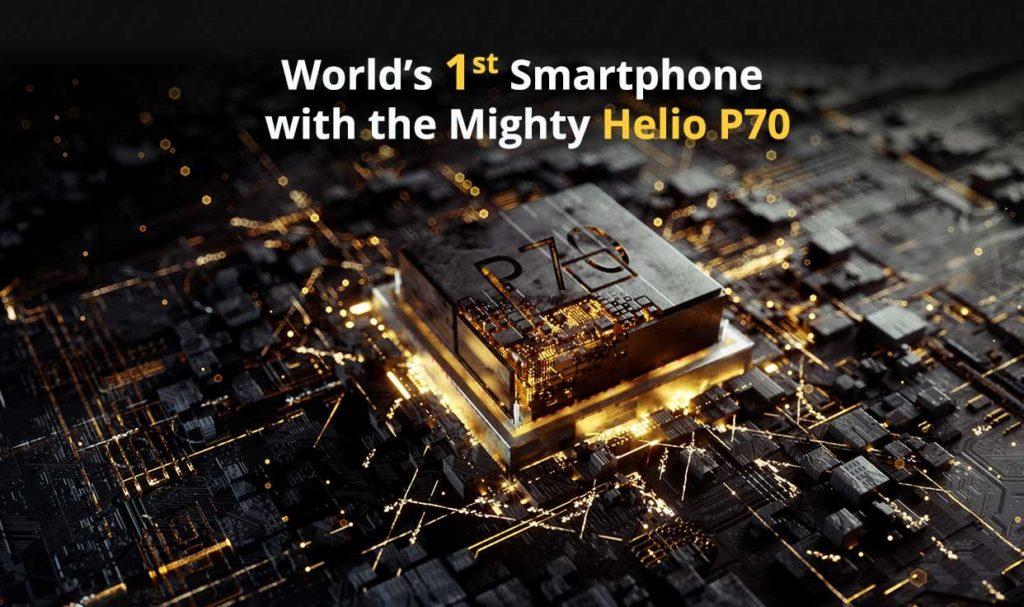 The new Realme U1

As the heading tells, the new Realme U1 will be the first smartphone to be powered by MediaTek’s new and premium end Helio P70 chipset.

The Helio P70 has tons of new features and has the capability of using AI features heavily. It is an octa-core chipset fabricated using the 12nm process.

Using this chipset the smartphone will offer new imaging experience like: 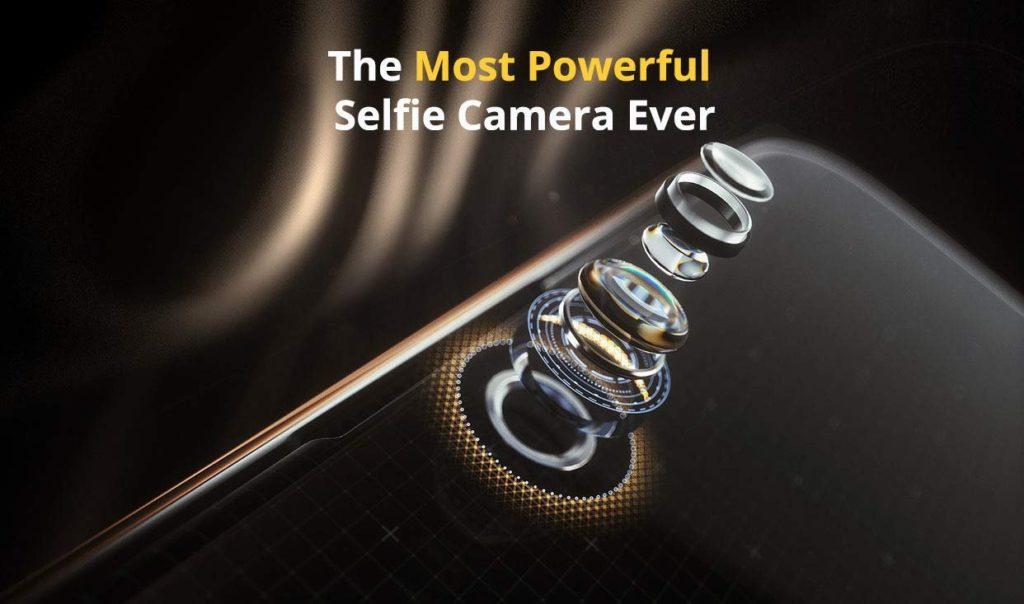 Though it is not clear how much resolution exactly will the front camera be, but as the industry has shifted up to 25-megapixel. The image in Amazon suggests that the Realme U1 will use six element lens, which should help with improved sharpness and clarity of images.

Not many specs are not really known about the new device. But we will keep this space updated with more news and leaks. 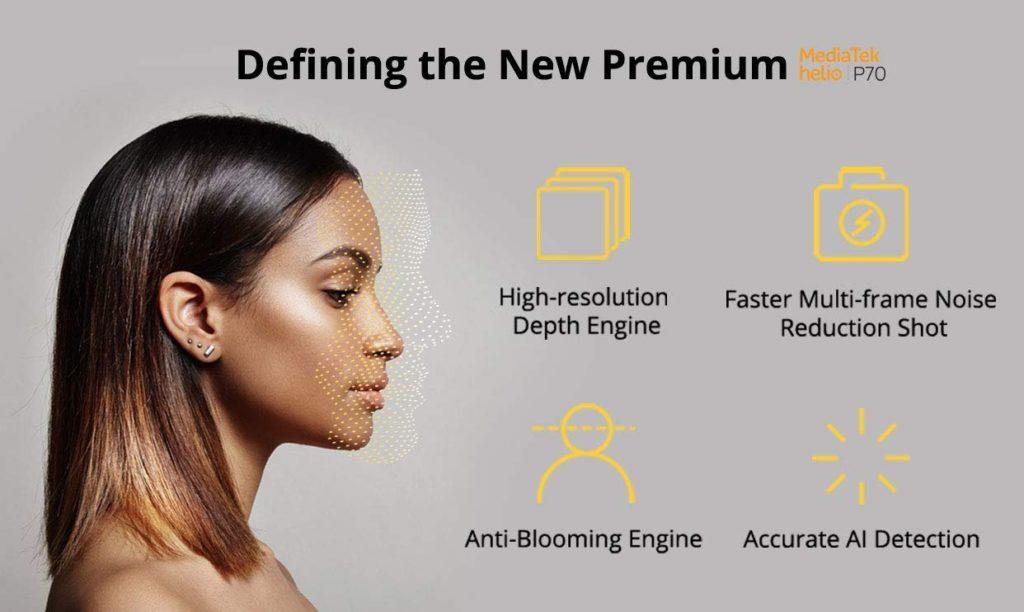 Already the new OnePlus 6T has disrupted the market and the new Redmi Note 6 Pro is on verge of its launch. So, Realme now has the best moment to capture their rival Xiaomi’s market.

Claiming to be India’s best camera smartphone series – the Redmi Note 6 Pro will debut on Flipkart the coming week. Having some slight improvements, the Note 6 Pro will be introduced to the market as a budget smartphone. 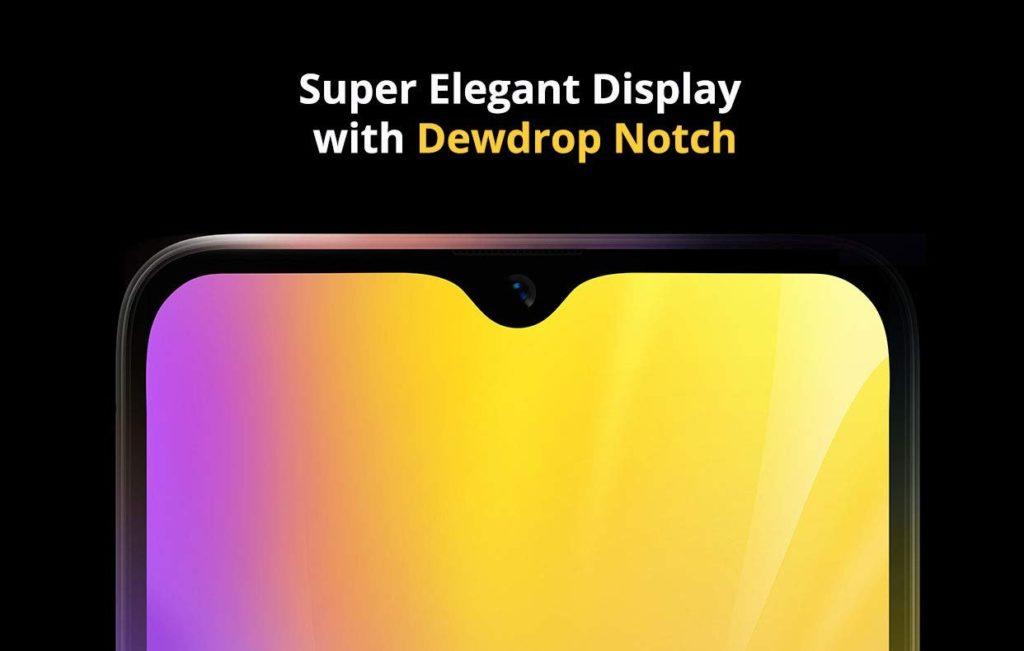 Already we have seen the Realme 2 Pro to totally out beat the sales of Redmi Note 5 Pro in the festive season. And to counter the new Mi A2 and the Note 6 Pro, Realme’s new mid-range smartphone will play a significant role in the Indian smartphone market.

It will be great to see how Realme U1 fights with the best selling Redmi Note series.

To wrap things up…

Needless to say that the U1 series will be premium end smartphone by the company accompanying with all the lastest and modern features. 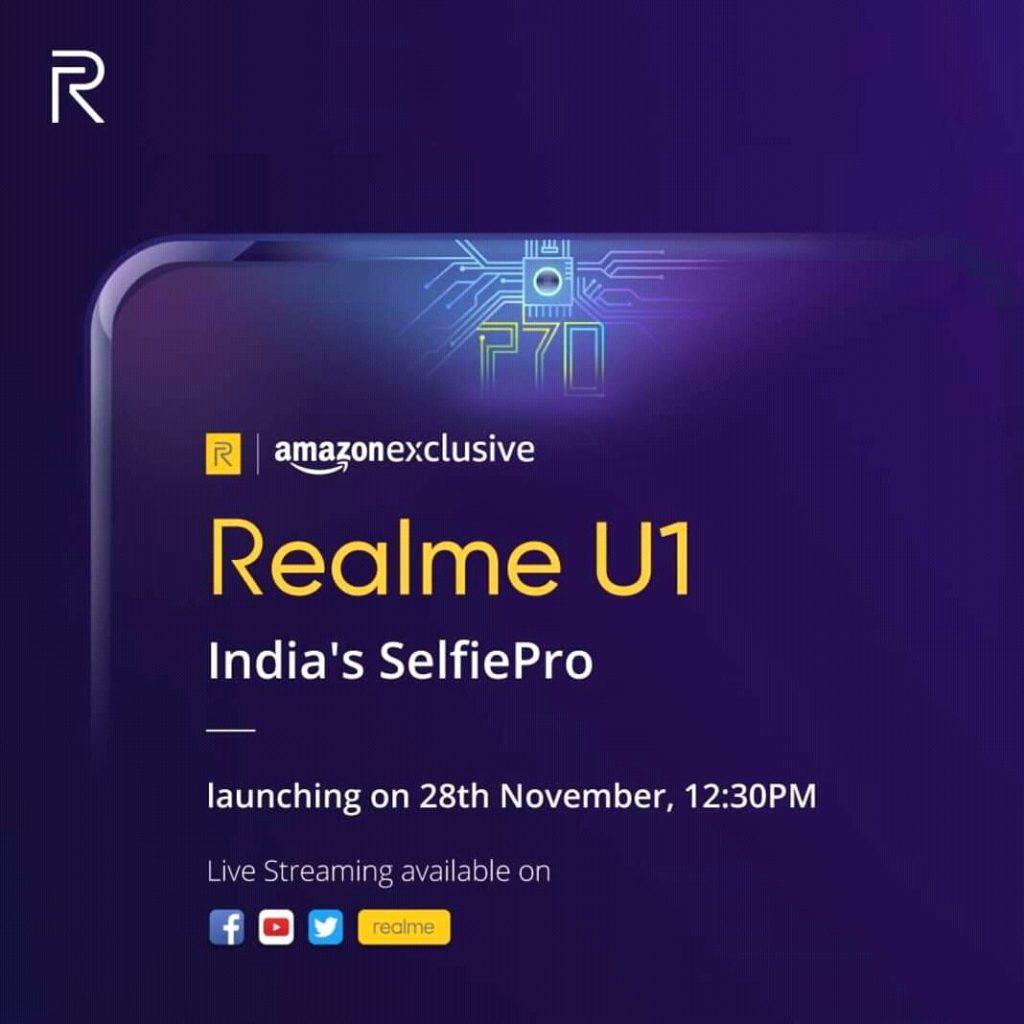 The Helio P70 will typically give a better performance, and we hope this time Realme to use their own OS and use the latest Android Pie in its smartphone. Well, rest of it will all be revealed on November 28th, so keep your fingers crossed until the launch.

Previous article
Oppo A7 with dual rear camera launched in China for CNY 1,599
Next article
Best Budget Smartphones of 2018 to buy from Flipkart