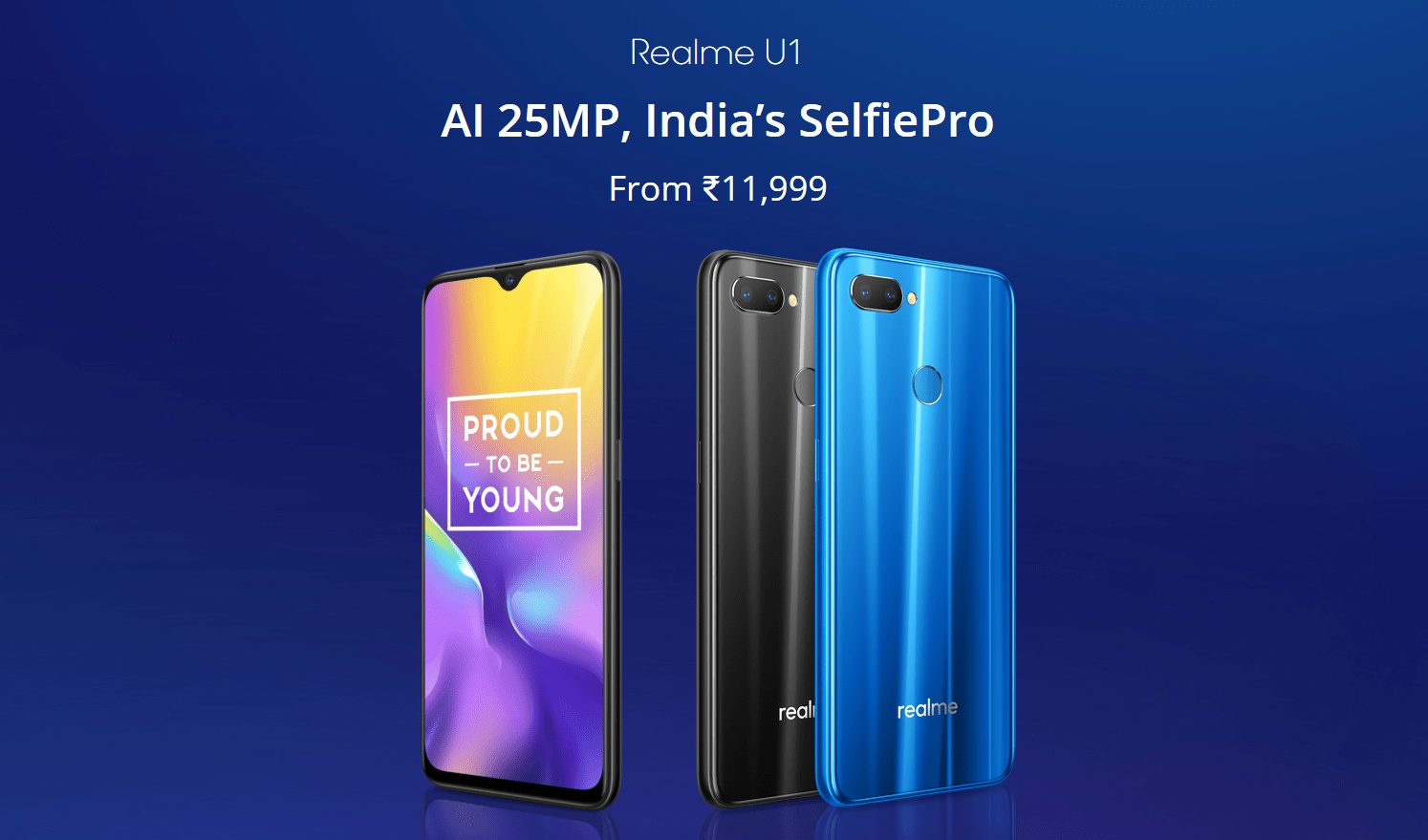 After a lot of speculations and leaks, finally today “Proud To Be Youth” smartphone brand has launched its most anticipated Realme U1 today. Highlighted to be India’s new Selfie Pro, the U1 series will primarily focus on the selfie front of its strong smartphone lineup.

Among its highlights, the best part of the smartphone was the MediaTek Helio P70 chipset processor that is present under the hood of the smartphone. With a strong processor, equipped with some enhanced AI capabilities, performance is another forefront of this clinical budget-oriented smartphone.

So, let’s quickly look at the total specs of the smartphone: 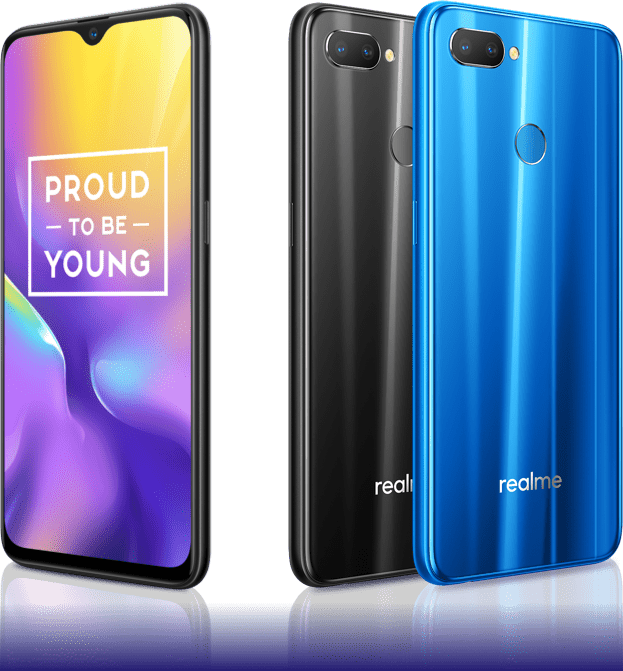 The first major highlight of the smartphone is the new design of the Realme U1. It has a Light Pillar Design that has been crafted with delicate 13-layer laminated technology. So, it’s shiny back makes things look much better.

The Realme U1 has a Dual 2.5D Design, and its rounded edges help to get a comfortable grip overall.

It only weighs 168g and has dimensions of 74mm/157mm/8mm (W/H/D). The smartphone has 3 colour variants: Fiery Gold, Ambitious Black and Brave Blue.

The huge screen of Realme U1 has a pixel density of 409 PPI and is protected by Gorilla® Glass 3 protection The front camera, ambient light, proximity sensor & earpiece, are all in a tiny dewdrop frame that you see above the huge screen.

Under a great design and display, you have the significant MediaTek Helio P70 octa-core processor clocked at 2.1GHz. For the GPU we have the new ARM Mali-G72 clocked at 900MHz.

Paired with two variants of 3GB+32GB/4GB+64GB, at a budget well, it seems pretty decent enough. With a triple-slot, you can expand the storage up to 256 GB. 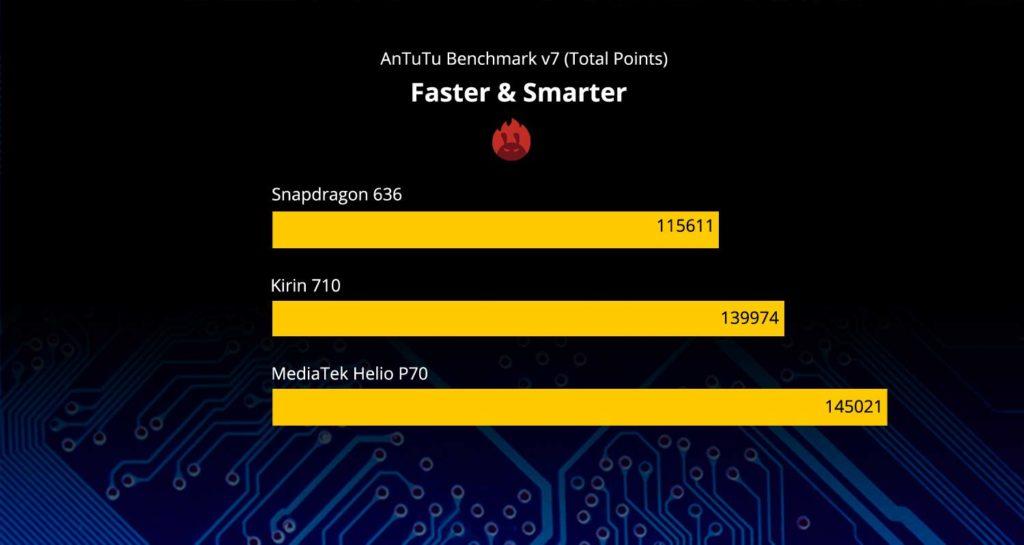 AI capabilities on this device will be flooded everywhere. Interestingly the Helio P70 outperforms its wide ranged competitors including Snapdragon 636, Kirin 710 and even the Snapdragon 660.

It has some blazing benchmarks that were shown in the launch event. So, gaming on this device will be a pure delight. Day-to-day experience is also expected to be a smooth and peaceful one.

As highlighted to India’s new Selfie Pro, it outlasts all expectation. The Realme U1 comes equipped with a 25MP AI camera with a Sony IMX 576 flagship sensor with f/2.0 aperture.

With software customizations and with great intelligence shown by the Helio P70, this tiny little camera performs brilliantly in every lighting condition and processes images like a Pro. On the rear end, we have a dual camera setup with LED Flash. Surprisingly, we have a 13MP primary rear camera with f/2.2 aperture. Then you have the 2MP depth sensor with f/2.4 aperture.

It is a huge step down as you had previously noticed in the Realme 2 Pro. Fairly you get only a 1080p video recording support on the rear end. The beauty capabilities on the front camera seem promising and great. 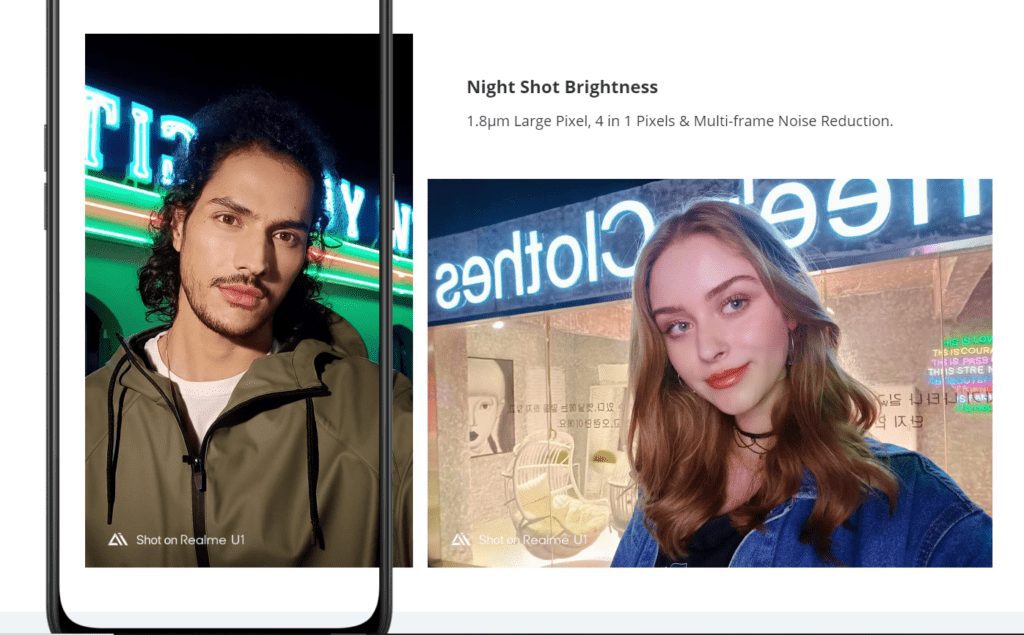 In short, this smartphone primarily focuses to deliver a great front camera that is rarely seen in this price segment.

The Realme U1 is juiced by a 3500mAh battery and you get a 5V 2A charger with this device. With AI capabilities and with a less power-hungry processor battery is expected to last longer. 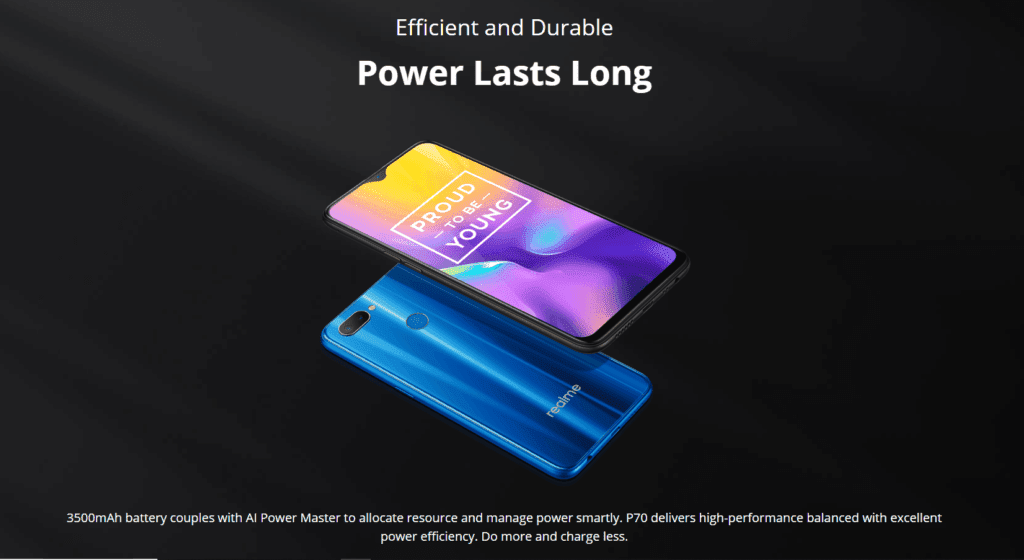 Also, this device’s battery is optimized to consume lesser power The device comes with Android Oreo 8.1 out-of-the-box, bearing the same feature-packed ColorOS 5.2. You also have the much common face unlock and fingerprint sensor on this device.

The first sale of the device will be held on the 5th of December at 12 noon. You can head over to the page from here.

It might happen that a lot of people may be excited about the Realme U1, but to be honest it is the “same old budget Realme device”. There are a lot of things that could have been embedded in this device. To me, I feel Realme had been in a hurry to launch this device. They wanted to counter Redmi Note 6 Pro but has lost a great chance to fight a great battle in the mid-range price segment.

It makes no sense to launch another device where you already have two of your very successful device: Realme 1 & Realme 2 Pro standing to fight back your competitors. Realme could not take advantage of all the amenities that the Helio P70 chipset could do. 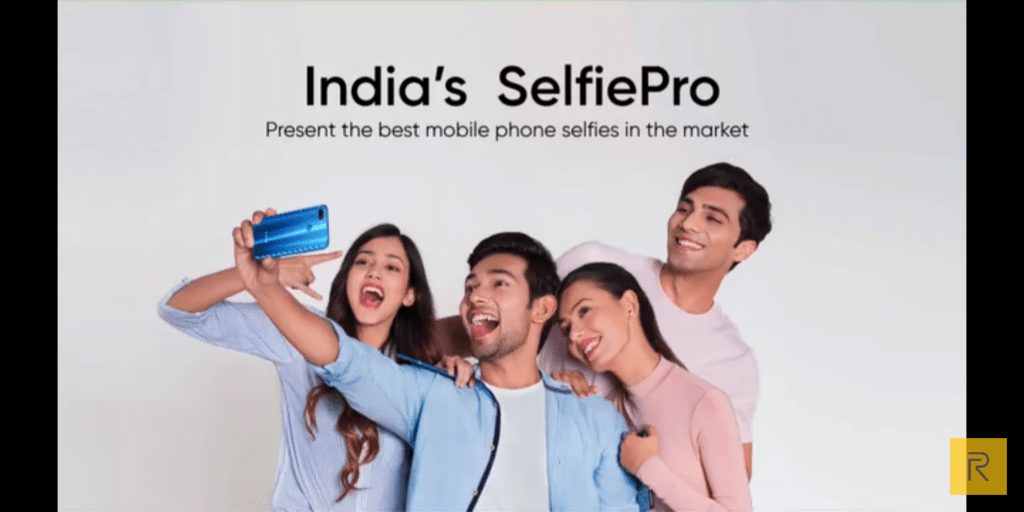 To get the crown of becoming the world’s first Helio P70 powered smartphone brand, and to counter the new Redmi Note 6 Pro, Realme has launched this device. Disappointingly you will miss these things which they could have given with this device:

It would be great if Realme could use the Helio P70 and used all the above amenities and included a great dual rear camera to make it a mid-range killer.

Now, Realme’s lineup seems crowded and people will be confused regarding their choice of buying their favourite “Realme device”.

Apart from announcing and its explaining about their new logo, they also unveiled first of its accessories including the new U1 Iconic case and Realme buds. Both have been priced at Rs.499 to satisfy the needs of customers.

Showcase the colour of your device with the crystal-clear rear logo. Mix and match for some unique colour combinations.

Protect your Realme U1 from daily drops with the TPU bumper.

The raised lips keep screen and camera contact-free. Recessed fingerprint cutout is easier to find and access. The case looks stylish and with Realme branding, it looks cool and interesting. 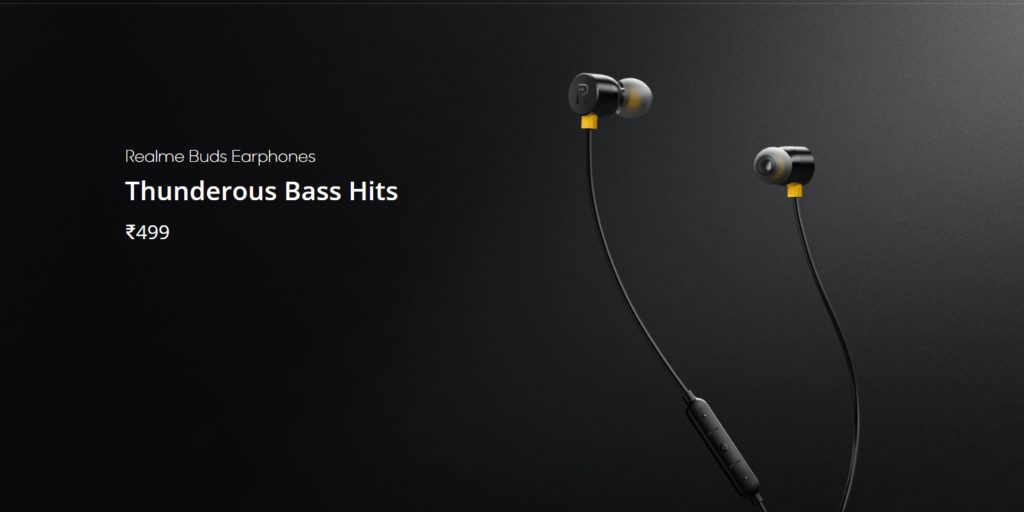 Experience bass nirvana with a higher frequency response and 11 mm audio drivers for powerful, thunderous notes that will transform your media.

You can enjoy India’s first magnetic earphones from a smartphone brand in this price range. Built-in magnets make carrying and tidying your earphones a breeze. 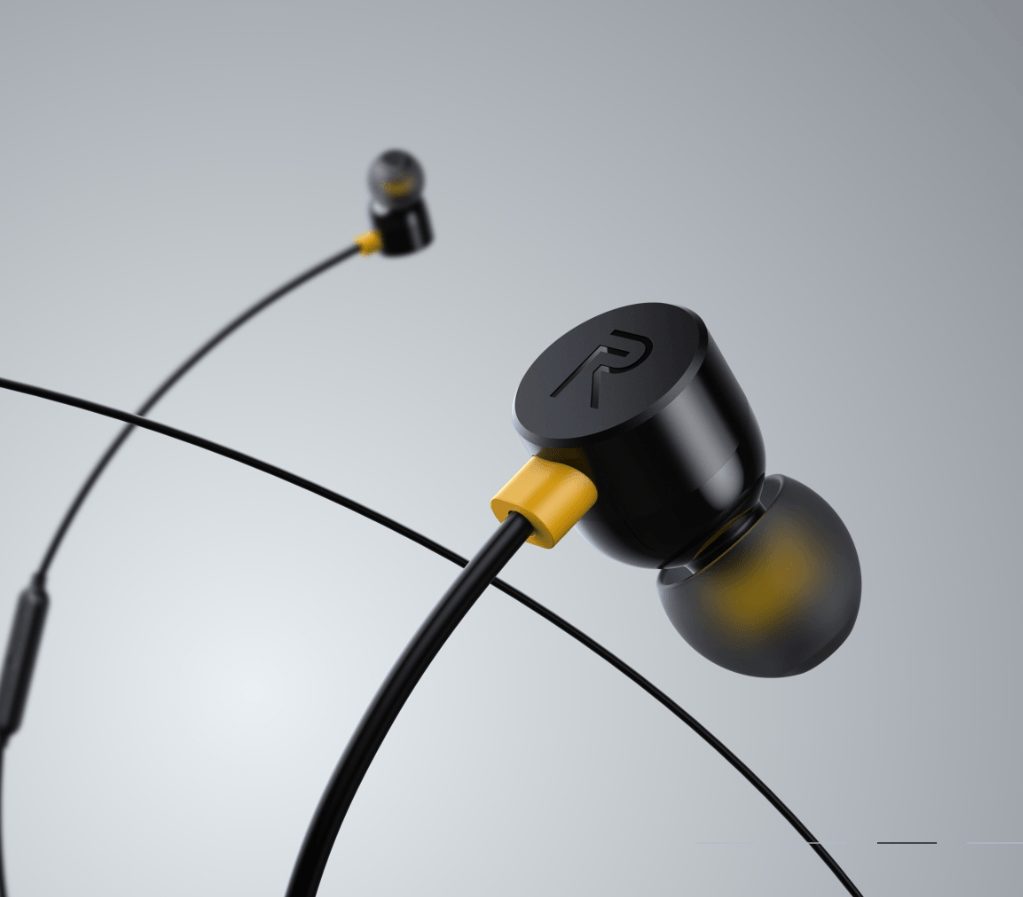 You even control your music, handle phone calls, and even summon Google Assistant with three tactile inline buttons and a mic.

So, it’s a great one, to be honest, and a good try from Realme to satisfy its customers.

What are your thoughts on the new Realme U1 and its accessories? Planning to buy one? Tell us in the comments below…

Do check out: Oppo A7 with dual rear camera launched in China for CNY 1,599