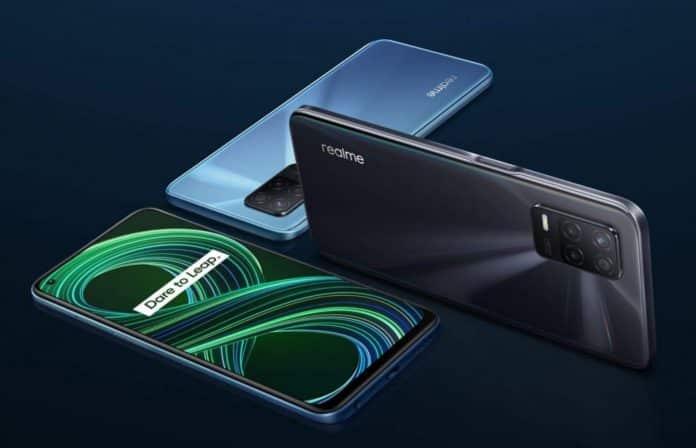 Realme 8 5G is set to launch in India on April 22. In one of our previous articles on Realme 8 5G, we had mentioned that the company has confirmed that it will feature a 7nm MediaTek Dimensity 700 chipset. The 4G version of Realme 8 is a mid-range smartphone that starts from Rs.14,999 for the 4GB + 128GB variant. A tipster has shared the expected pricing of the Realme 8 5G, which is Rs.14,999 but has not mentioned the storage variant. It is expected to be the price of the base variant with 4GB RAM and 64/128GB storage.

Yes, both the pricing of Realme 8 4G and 5G seem the same but there is always a catch. The pricing of a smartphone always depends on all the factors surrounding it. In this case, the 4G version uses a MediaTek Helio G95 gaming processor whereas, the Realme 8 5G uses MediaTek Dimensity 700 processor. There might be a different storage variant like 4GB RAM + 64GB internal storage.

As per reports, most of the features and specifications of the Realme 8 5G will match with its 4G version that was launched in India last month. Except for the processors, there is a slight chance that the company will modify the 5G version of the previously launched Realme 8. As we all know Realme already has two 5G smartphones under Rs.20,000 range in India and they both have MediaTek Dimensity 800U processors. This might give us a hint about the upcoming 5G device that will equip an inferior version of the prior.

- Advertisement -
Powered by JustWatch
Share
Facebook
Twitter
Pinterest
WhatsApp
Linkedin
Previous article
OFFICIAL: UEFA confirms any club joining the European Super League will be banned from the Champions League and the domestic leagues, and the players may also be banned from representing their countries
Next article
Apple rumored to unveil its new iMac during its April 20 Spring Loaded Event