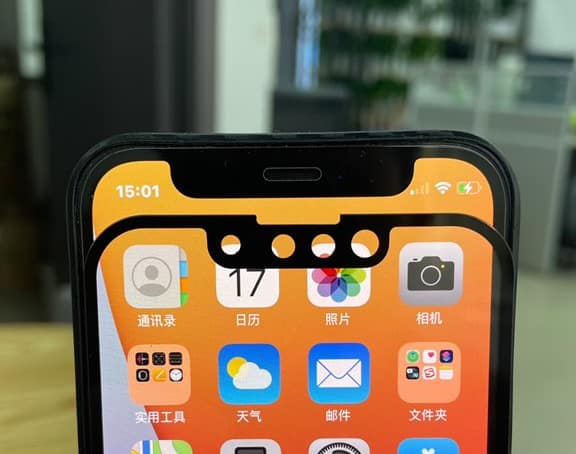 The comparison shows the notch is smaller than the notch of the existing iPhone 12. That because of the replacement of the earpiece. The small cutout in the top middle indicates the earpiece will be placed into the top bezel, just at the top of the TrueDepth camera and FaceID components.

Actually, these recent images strengthen the rumor of the iPhone 13 series with a smaller notch and raise expectations higher. The rumor was already there in the market. DigiTimes, in February, claimed that the iPhone 13 will have a redesigned FaceID system that will cause a smaller notch. The Apple analyst Ming-Chi also said the same regarding the notch, though, he didn’t mention the about placement of the earpiece.

The notch in iPhones remains the same from the arrival of the iPhone X in 2017. Now, it seems a change is coming next year.