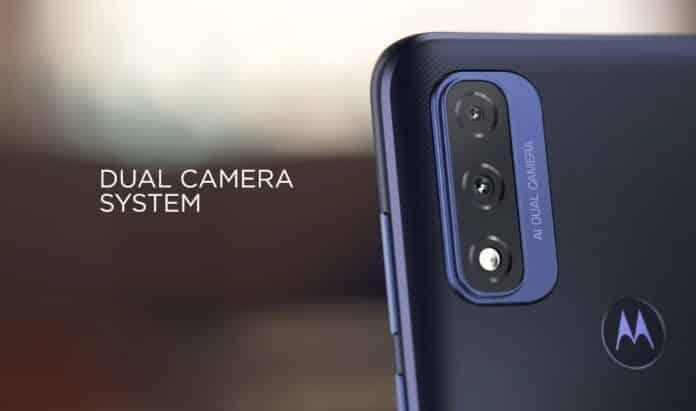 If you are in dire need of buying a new phone and have a rather tight budget, then Motorola has you covered. The new Moto G Pure is a sub-$200 4G phone with modest specs.

The Moto G Pure has a 6.5″ Max Vision HD+ display. it is not unusual to find such screen sizes on budget phones. Nevertheless, it should come in handy for those who prefer watching movies and shows on their phones.

The device is powered by the MediaTek Helio G25 SoC along with 3GB of RAM. You get 32GB of storage but there is a microSD card slot that can bump your memory all the way up to 512GB.

The device has a 5MP selfie shooter while the rear setup is a dual-camera setup that includes a 13MP primary sensor with f/2.2 aperture and a 2MP depth sensor with f/2.4 aperture. It has features such as portrait mode, smart composition, and Spot color are available in the camera app.

Along with the dual cameras on the back, there is also a fingerprint scanner which is a good addition. You also get an option of face unlock.

Under the plastic body is a 4,000mAh battery which Motorola boasts will last up to 2 days on a single charge. Buyers will get a 10W charger in the box.

The Moto G Pure has an IP52 rating and a water-repellent design. There is a USB Type-C port at the bottom and an audio jack at the top.

There is a single SIM card slot(nano), Bluetooth 5.0, and dual-band Wi-Fi but no NFC support. Motorola ships the phone with My UX based on Android 11 and it comes with useful features such as three-finger screenshots, flips for DND, lifts to unlock, and attentive display to name a few.

Priced at $160 or 11,972 INR, the Moto G Pure is available in a single color; Deep Indigo. The phone will be available through Motorola.com as well as partner stores next week.

Samsung Z Fold 5 may get rid of crease!