Manchester City vs Liverpool – Can The Reds Reclaim Their Lead At The Top of The Table? 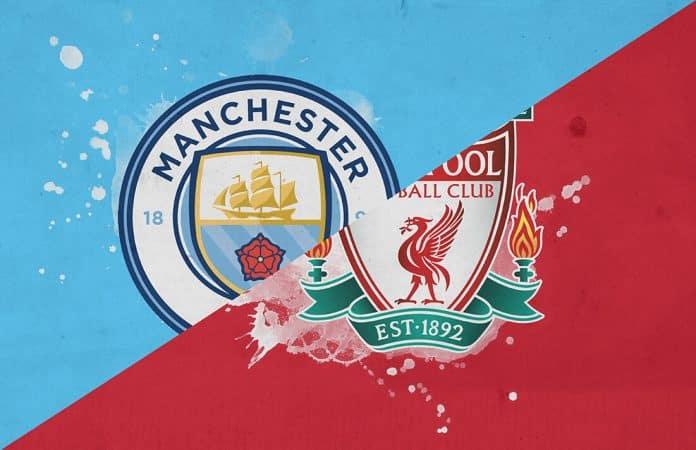 The biggest clash of the Premier League weekend will take place at the Etihad Stadium, when Manchester City take on defending champions Liverpool. It will be a test of where Guardiola’s men stand against a relatively weakened Liverpool, who are without a few key players.

So will City trump Liverpool to get in touching distance of the league’s top spot? We take a brief look in our match preview –

Manchester City come into the game with a renewed Gabriel Jesus and Nathan Ake, who seem to have gained a good amount of match fitness. But, Sergio Aguero and Benjamin Mendy will most probably remain on the sidelines for this one.

Jürgen Klopp confirmed that Liverpool would be without Thiago and Joel Matip, who is bruising with minor injuries of their own. Van Dijk will obviously be a big miss, as he continues with rehabilitation from his ACL injury.

The battle between Raheem Sterling and Trent Alexander Arnold will be a fascinating subset to watch out for. When City played the Reds last time at Anfield, Arnold was able to keep the English winger quiet without letting him create much chances. But, City are slowly on the rise and this would mean a change in strategy for Sterling who could drift in far often to trouble youngster Nathaniel Phillips.

Sadio Mane against new signing Ruben Dias will also be an interesting fight at the other end. The Portuguese centre-back has so far put in decent shifts but keeping Mane silent over the entirety of the 90 minutes will be a challenging task for him.

City needs to win today in order to get within 2 points of Liverpool, despite having a game in hand. Guardiola’s men have been on a three-game winning streak that includes results against Marseille, Sheffield and Olympiakos. But, Liverpool is no slouches either and will look to take their own winning momentum into the match and give City a hard time in taking home the full 3 points.

City has an aggregate scoreline command over Liverpool of 11-1, which means home advantage can be crucial for the Sky Blues here. If they can keep the likes of Mane and Salah quiet and negate the effect from the midfield trio, City can win a tight game.

2-1 in favour of Man City. They will have just about enough firepower to beat Liverpool, who are missing a few players themselves.

- Advertisement -
Powered by JustWatch
Share
Facebook
Twitter
Pinterest
WhatsApp
Linkedin
Previous article
Grab the deal of the Apple Watch SE at $50 off on the actual price
Next article
Why should you pre-order the Apple iPhone 12 Mini at ₹ 69,900?