El Clasico Preview: Who will win the derby this time? 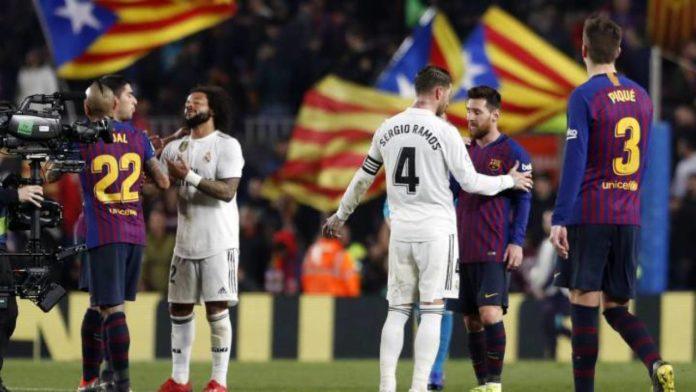 The hour is nigh, the first El Clasico of the season will be kicked off in a few short hours from the time this post goes online. Let’s have a look at the track record of both Spanish giants leading up to the highly-anticipated clash, the biggest rivalry in La Liga history.

Barcelona currently sit at the top of their Champions League table based on goal difference. The same cannot be said for the Blaugrana in La Liga. They are currently bang in the middle of the table, but have two games to play to levely things up with current league leaders Sociedad, who have played 6.

Barcelona are the favourites heading into this year’s first El Clasico, as Koeman’s team has shown some amazing performances on the pitch as of late.

The likes of Lionel Messi, Ansu Fati and Phillipe Coutinho are all expected to start. Ter Stegen will be missing due to him recovering from a knee surgery. Whether Griezmann will feature or not is the manager’s call. However, the Frenchman is fit for selection.

This might seem like an unusual place for the Madridistas to see their team, but Real are the lesser favoured side heading into Saturday’s game. Although skipper Sergio Ramos is to be included in the match, star signing Eden Hazard is yet to feature in the 20/21 season of La Liga.

In addition, Ferland Mendy is again predicted to start out on the right with Carvajal and Odriozola both injured while Marcelo covers at the left.

All that said, the pressure is on the reigning La Liga champions following two shocking defeats in their last two games.

Although the home defeat to Cadiz can be explained away by the dip in form due to the international break, the same cannot be said for the shocking 2-3 scramble against Ukrainian side Shakhtar Donetsk.

The returning Ramos could be the solution to Madrid’s defensive problems, and will be a well needed veteran at the back to deal with the threats of Messi and co.