Mismatched Season 2: All details about when and where to watch 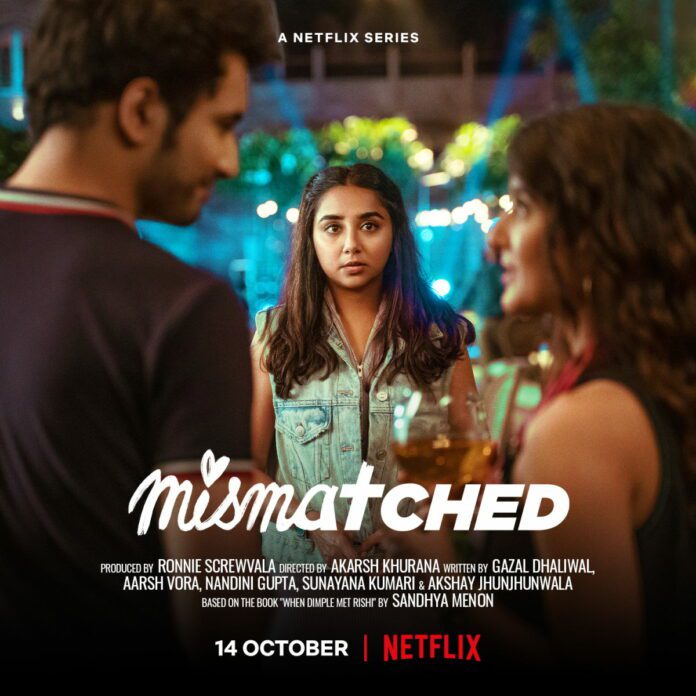 Mismatched Season 2 is all set to release on Netflix. It is a coming-of-age romantic drama and is based on Sandhya Menon’s 2017 novel When Dimple Met Rishi. It was adapted by Gazal Dhaliwal and directed by Akarsh Khurana and Nipun Dharmadhikari. It is produced by Ronnie Screwvala’s RSVP Movies.

Mismatched has been globally debuted and released in 2020 with fabulous inception. Mismatched Season 2 promises to explore LGBTQ+ themes, meanwhile both the lead roles are at war and are plotting to take revenge in order to see who ends up crying first. This season also promises to be a little bonkers.

If one wants to watch an adorable romantic comedy in order to lift one’s spirits and is looking for something good to binge on this weekend, then Mismatched Season 2 is the perfect one.

Mismatched Season 2 will consist of six episodes with a running time of around 35 minutes each. Internationally, season 2 is expected to be made available at the following times:

How to watch Mismatched Season 2

Mismatched season 2 is going to be available on Netflix from 14th October 2022. If one wants to watch the series then they have to take subscriptions. Netflix India offers several packages of subscription. The various subscription to Netflix is as follows:-

Who is the Richest Man of all time?

Money Heist- Korea Joint: Everything We Need to Know about the Korean Adaptation of the Series