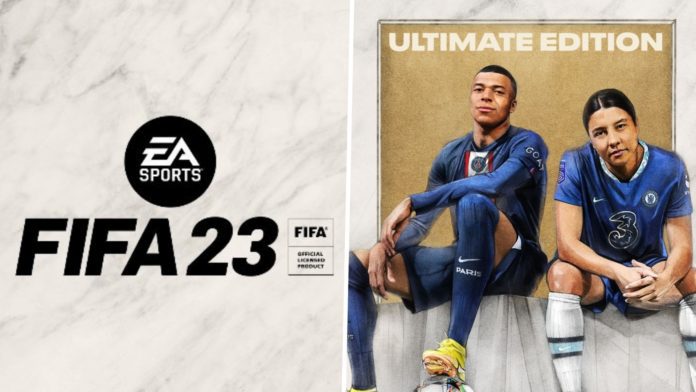 The waiting is finally over – EA Sports has revealed the first batch of FIFA 23 ratings. FIFA is one of the most popular sports video games in the world. The fan base for the game is huge. People all across the globe are voraciously waiting for the next edition of the game- FIFA 23. EA had earlier announced that FIFA 23 will be released on all major platforms, including the PS5 and Xbox Series X on September 27.

The 30th and last instalment of EA Sports’ FIFA games (FIFA 23) will include Indian players as well as clubs from the Indian Super League. EA had introduced ISL clubs in the console and PC versions of FIFA 22 following its successful introduction in Mobile edition in 2019.

India’s national team captain Sunil Chhetri is the highest-rated Indian player on FIFA 23 with an overall rating of 68. The talismanic striker is the third highest international goal-scorer among active players, behind superstars Cristiano Ronaldo and Lionel Messi.

The second on the list is India’s first-choice goalkeeper Gurpreet Singh Sandhu, with an overall rating of 64. The star goalkeeper is a vital cog of the Indian side and has proved his mettle between the sticks on numerous occasions. Sandhu is also the only Indian player to play in the UEFA Europa League where he played for the Norwegian club Stabaek. India’s first team players Amrinder Singh, Pritam Kotal and Arindam Bhattacharya feature in the list next with an overall rating of 63. Chennaiyin FC’s star mid-fielder Anirudh Thapa and Mumbai FC’s veteran Rowllin Borges are tied up together with a rating of 62.

Here is a look at the top 50 highest-rated Indian players in the FIFA 23 video game by EA:

It should be noted that EA hasn’t officially revealed the player ratings yet. The game is set to release on September 30. The game is already available for pre-order in India for PC, PS5, PS4, Xbox Series X|S, and Xbox One. Unfortunately, Switch players will get the Legacy Edition of the game that does not have any major improvements over its predecessor.

Previous articleAMD Ryzen 9 7950X CPUs are already being sold in China ahead of their release
Next articleAtithi Bhooto Bhava: Jackie Shroff and Pratik Gandhi coming with a new film of love and rebirth