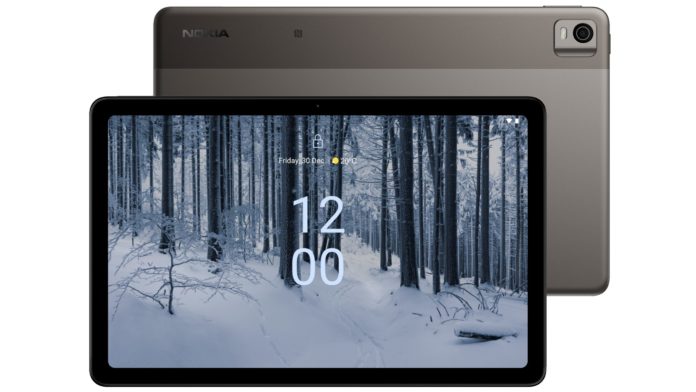 Nokia has introduced the Nokia T21. HMD Global has timed the announcement of the inexpensive Nokia T21 tablet computer for the opening of IFA 2022. It is a slightly improved version of the T20 tablet.

It does get a neat redesign, nonetheless. Whereas sticking to a development that makes essentially the most of aluminum and plastic (as much as 60 percent of which is recycled), it does look just a little totally different from the earlier pill, which is a change for the higher.

The device received an IPS screen with a diagonal of 10.4 inches and a resolution of 2000 x 1200 pixels. There is support for an active stylus (Wacom WGP and Wacom Active ES 2.0), as well as a mode of operation as a second screen when connected to a PC running Windows.

Nokia T21 has an LTE modem, and two SIM card slots (or you can install one SIM and one microSD). The resolution of the front camera is 8 MP, and the main camera uses a sensor of the same resolution.

The slate will be available to buy in only select markets globally. The Nokia T21 tablet is available in Wi-Fi and 4G/LTE options. It comes in a single Charcoal Grey colour option. Nokia T21 tablet is launching today for €130 ($130/₹10,500) for a Wi-Fi unit with 4/64GB memory and again there is a version with 4G LTE as well.

Previous article
PokerBaazi.com announces the launch of two new brand films as the second leg of the “You Hold the Cards” Campaign
Next article
Qualcomm gets sued by ARM for Acquiring Nuvea