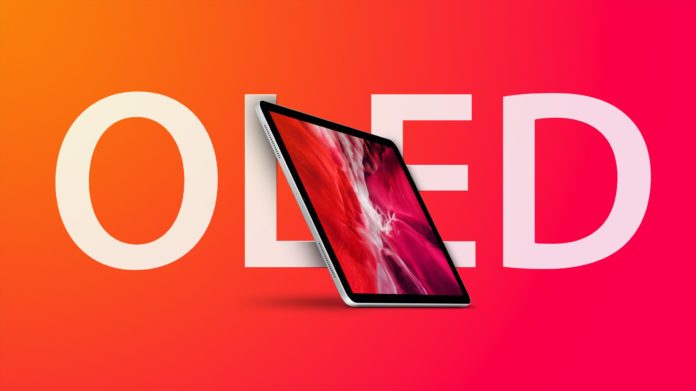 Apple is rumoured to be bringing OLED screens to its iPad lineup in the coming years. Apple is said to be testing the first prototypes of its OLED iPads internally. Roughly, the OLED display panel on the iPads is about three times as large as that on the newer iPhones and hence the company is repeatedly testing the new display on iPads. In general, OLED displays are better at producing colors than IPS LCD panels.

OLED displays are an improvement on regular LCD displays because they’re more power-efficient for their size, and offer better contrast and increased responsiveness. These are both because OLED panels can turn off pixels individually to display “true black,” which backlit LCD screens can’t manage. This is also handy for always-on displays, making sure they can be used efficiently without turning on the whole screen.

Dry etching is a new bit in the manufacturing process in which manufacturers use gas chemicals to remove unwanted material layers from the TFT circuit pattern surface during manufacturing. This process makes the OLED panel thinner and lighter, reducing the overall footprint of the tablets.

Apple is also working on a special display coating that will make the panel more durable. OLED iPad suggests Apple will use double-stacked OLED displays with two layers of light-emitting diodes, resulting in increased brightness output.

As per reports, the 11- and 12.9-inch iPad Pros are expected to use sixth-generation OLED panels from LG and Samsung; their successors would use generation 8.5, which will presumably be cheaper for Apple to buy. In the next few years is the displays of every iPad tier moving up a level, so the Pros will move from mini-LED to OLED and at least some lesser iPads will get the mini-LED tech that’s currently reserved for the Pro models.

The first OLED ‌iPad‌ models are purportedly scheduled to launch in 2024, so a late 2024 mass-production date for displays destined for second-generation models could situate their launch sometime in 2025.