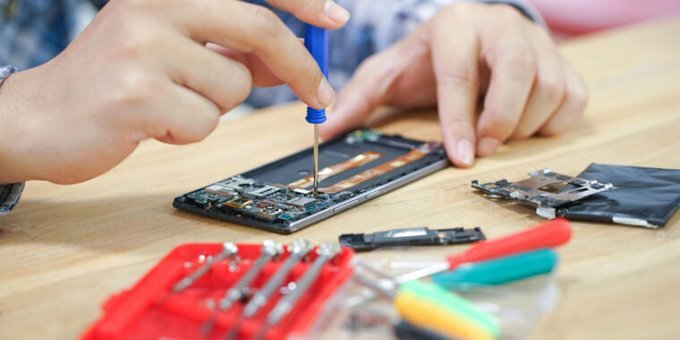 Giving your phone to service is not the best experience, you often tend to set the device when you drop it off for service as your personal data is the most vulnerable at this time. All your accounts, photos, and other important information can be stolen or could end up in the wrong hands. This means that once you get your phone back, you have to start from scratch and download all the apps and restore all your data once again which is a tedious process.

Samsung has come up with a solution to curb this problem for its users. The company has introduced Repair Mode, a feature that can be accessed via the Battery and Device Care screen under Settings. Once you activate this, the smartphone will reboot.

It goes on to instantly hide all personal data such as your photos, messages, accounts, and other apps that you have downloaded. Your default apps will still be active. It is like resetting your phone.

Once the repairs are done and you get your device serviced, you can deactivate this mode via fingerprint or pattern lock and the device reboots again restoring all your old data and apps. This will also change any settings that the technician has made during a repair.

You also get another option that allows you to record recent issues and the apps that were in use at the time of such an issue occurring. This helps to figure out the problem and no personal information gets recorded here, users can also enter the Repair Mode without the creation of a log.

This feature will first be introduced on the Galaxy S21 Series first through a software update but the company has confirmed that this will be expanded to other models in the future.

The press release regarding this surfaced on the South Korean company’s domestic site, it will be tested in its home country first and if successful will be expanded to other markets. This feature is extremely useful and solves an issue that we all face.

This feature will become standard in the future on One UI for select models. As per Shin Seung-Won, Managing Director of the Security Team of Samsung Electronics’ MX Division, “Technology is connecting the world more than ever, but the risks are also increasing. Samsung’s top priority is customers,” and this feature is a step in the right direction.

Previous articleWest Indies vs India 2nd T20I: WI edge past India to win low-scoring thriller
Next articleMcDonald’s India will treble its north and east store count to 300 In 3 years