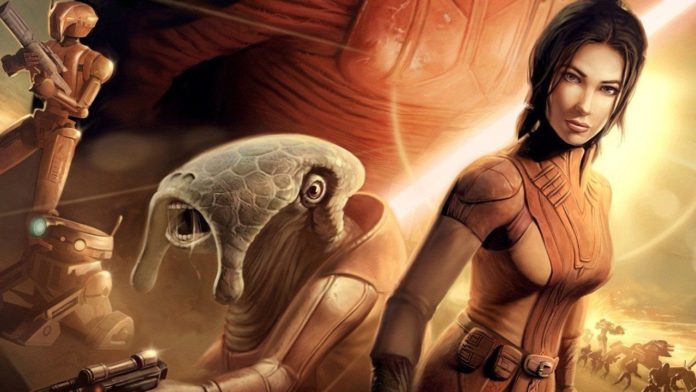 According to Bloomberg, work on the planned PS5 and PC versions of Star Wars: Knights of the Old Republic has been put on hold. Following the development team’s presentation of a sample of the game to Lucasfilm and Sony, the game’s art director and design director were also sacked earlier this month.

The Knights of the Old Republic (KOTOR) remake was initially revealed during Sony’s significant fall exposition last September, but Aspyr Media, the game’s creator, and owner through Embracer Group haven’t yet provided a release date. While the original goal was to release the game by the end of 2022, Bloomberg says that a more “realistic aim” is now 2025. The remake has been in production for three years.

The work is also being assisted by Saber Interactive, another Embracer Group firm, and according to Bloomberg, “several at Aspyr believe” that Saber might replace Aspyr. Requests for comment from Aspyr, Embracer Group, and Sony were not immediately fulfilled.

Although BioWare created the original Star Wars: KOTOR, which was launched in 2003, Aspyr has experience with both the game and its sequel because it worked on the ports for both.

According to Ryan Treadwell of Aspyr, who posted on the PlayStation blog, certain members of the original KOTOR team are also participating in the remake. When it releases, the game will be a PS5 exclusive.

Previous articleBarcelona is finally set to sign Jules Kounde from Sevilla: Here We Go!
Next articleApple deliberately delayed the Launch of the Mac Pro in the wait for M2 Extreme