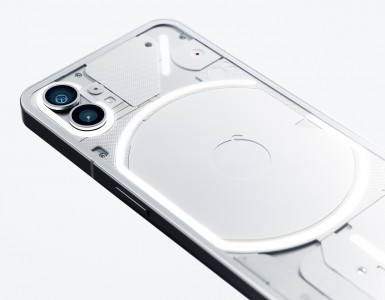 Carl Pei-backed Nothing‘s first smartphone may go down as the most hyped phone of 2022. The device is attracting as much attention as an iPhone and looking at the way the brand is marketing it, we expect it to be a flagship-level phone but that may not be the case after all. Today, the smartphone surfaced on the Geekbench listing website wherein we got a better idea about its specifications, take a look:

As per the Geekbench listing of the smartphone, it will feature the Snapdragon 778G Plus chipset which is far from a flagship chip. The chip carries the codename ‘Lahaina’ and has a maximum clock speed of 2.52GHz for the single-performance core while there is also an additional trio of cores that clock at 2.40GHz and four power-efficient cores that clock at 1.80GHz.

Though the Plus version is an upgrade over the basic 778 chipset, it features the Kryo 670 Prime clock speed varying between 2.4GHz to 2.5GHz. Another pro of this SoC is that it boosts the Adreno 642L by up to 20%. In terms of RAM, we get up to 8GB RAM on the Phone (1) while it runs on Android 12 OS with Nothing’s custom skin on top. The phone will get an Android 13 update once it launches.

The Nothing Phone (1) was initially spotted on the Geekbench site with 797 points in the single-core test and 2803 in the multi-core test. Judging solely by the processor, the smartphone is not something new or remarkable, it seems to be a mid-ranger device similar to the Nord Series.

The star of the show and the only differentiating point appears to be the transparent design on the rear. Nothing may offer higher RAM versions but it may be a while for that to happen. The Phone (1) will be available via an invite system, similar to the first smartphone of OnePlus.

The device will officially be revealed on the 12th of July in an event called “Return to instinct” and will likely come in a single white color variant. In terms of price, it will retail at around $380 or Rs. 29,697. The smartphone has to be priced efficiently in order for it to make a successful debut, though the specifications do not knock it out of the park, the main focus here seems to solely be on the aesthetic appeal. Nevertheless, we are excited to see what the Nothing Phone (1) has to offer!