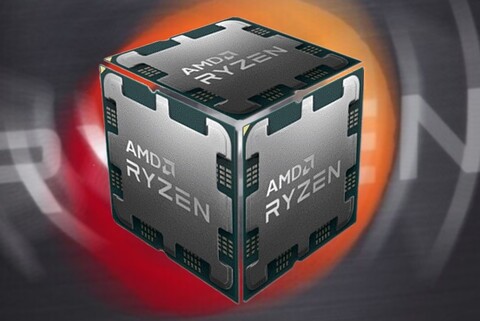 Greymon55, a well-known tipster, has predicted clock rates for some of AMD’s future Ryzen 7000 desktop processors from the Zen 4-based Raphael series. The leaker provided estimates for the Ryzen 9 7950X, Ryzen 9 7900X, Ryzen 7 7800X, and Ryzen 5 7600X, which are the same predicted SKUs that were mentioned previously rumoured price leak.

The OP begins positively by giving all four processors a 5.0 GHz all-core boost clock, making it clear that this is merely a prediction and not a particular leak.

Of course, AMD’s Zen 4 Raphael components will be competing against Raptor Lake rather than Alder Lake, and there are already murmurs that the prospective Intel Core i9-13900K might clock in at 5.8 GHz.

While many expect Intel to win the single-core speed race, the multi-core performance race will be an entirely different story, with power needs and the overall efficiency of the Zen 4 and Raptor Lake CPUs to be taken into account. It will be an exciting battle that might leave either business playing catch-up with future chip generations at a high cost.

Previous articleYou Don’t Know Me: Netflix unveils the Official Release Date of the Crime Drama series
Next articleYouTube’s most Replayed feature marks out the most popular parts of videos