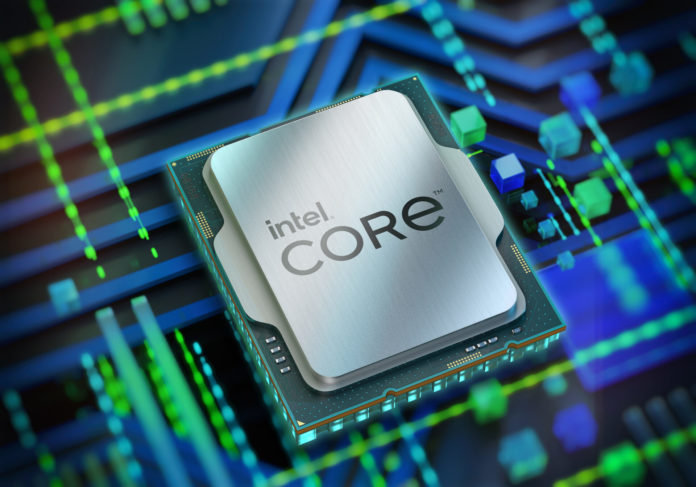 The latest information about Intel’s 13th Gen Raptor Lake range comes from Moore’s Law is Dead, which claims that the blue team’s forthcoming x86 architecture would deliver significant performance enhancements. Now, the reason I say huge is that Raptor Lake is essentially a refinement of the Alder Lake family, with an upgraded P-Core / E-Core design and faster clock speeds.

According to the specifications, the Intel 13th Gen Raptor Lake CPUs will deliver up to a 15% single-thread performance boost and a huge 40% multi-threaded performance boost. The Raptor Lake CPUs will, according to what we know, use the brand new Raptor Cove cores, which are optimized for performance workloads. Intel will keep 8 P-Cores in its design, which will be upgraded to the new core architecture for better performance, while the E-Core architecture will be a somewhat refined version of the existing Gracemont cores, with a core count of 16 instead of 8.

As a result, you’ll get the flagship configuration of 24 cores (8+16) and 32 threads (16+16), which Intel revealed at their Investors Day 2022 presentation. With Raptor Lake, Intel claims up to ‘double-digit’ performance benefits and given that you’re getting double the E-Cores and speedier P-Cores, the speculated numbers don’t seem out of reach.

In terms of availability, Intel’s 13th Gen Raptor Lake range will debut in late Q3 2022 with the ‘S’ desktop platform, followed by the HX/H/U series mobility processors in Q4 2022. This is identical to the existing 12th Gen Alder Lake lineup, which saw desktop components debut in Q4 2021 and mobility parts debut in Q1 2022. The 13th Gen CPUs will be pitted against AMD’s Ryzen 7000 ‘Zen 4’ chips at launch.

The Ryzen 7000 will be in a unique position, as it will be up against both 13th Gen Raptor Lake CPUs on one hand, and 14th Gen Meteor Lake CPUs on the other, both of which are projected to deliver significant performance improvements for both desktop and mobile platforms.

There are rumours that AMD will release Zen 5 by 2023, but these have yet to be confirmed. If this is the case, the Ryzen 7000 CPUs may not have as long of a shelf life as the Ryzen 5000 CPUs, and AMD may choose to compete by releasing Zen 5-based Ryzen chips a year or even earlier after the launch of the upcoming Zen 4 parts.

Previous article“Fallout 76 Roadmap”:  In this 2022 It Reveals New Content All Year
Next article“Elvis”: Baz Lurmann’s New Biopic has returned The King of Rock and Roll