All details about Gigabyte gaming Laptops reveal at CES 2022 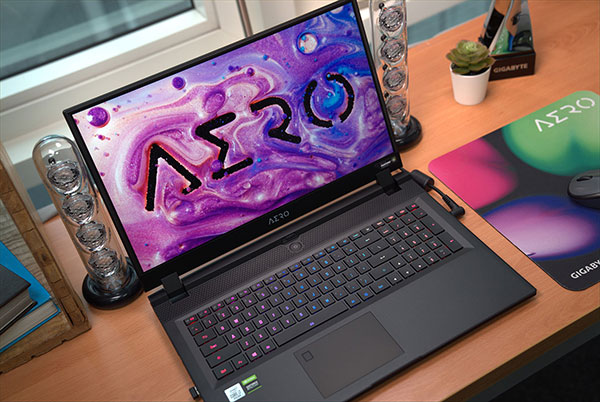 In the event of CES, gaming laptops are basically mandatory items of the show. CES has announced a lot of gaming laptops in the early and the middle of 2022 that have at least two of the following traits in common as they all have been equipped with Intel’s 12th Gen H-series processors, or they can support AMD’s Ryzen 6000 series processors, and they also have Nvidia’s all latest RTX 3070 Ti or RTX 3080 Ti graphics chips. There are a lot of many of them like DDR5 RAM AT 4,800MHz. It is basically a great time to use your shopping cart for a laptop.

There are just dozens of laptops set to come that also have some combination of the components. We have been come to inform you about the Gigabyte laptop. CES has revealed three models of Gigabyte laptops. All the models of the Gigabyte laptops come with the 240W power adapter to power the 99Wh battery. Gigabyte provides a cooling system through Windforce Infinity that features 4 airflow exhaust vents, triple heat pipes, dedicated one for the GPU itself.

Here is the list of Gigabyte laptop at CES 2022:

1. Aero 16 and 17: The creator is mainly focused on the machines as the support up to Intel’s Core i9-12900HK processors and it will come up to Nvidia’s RTX 3080 Ti graphics. Gigabyte reveals it can support DDR5 RAM clocked at 4,800MHz and PCIe 4.0 storage. This laptop has been powered by  Intel’s  Alder Lake-P CPUs & NVIDIA’s GeForce RTX 30 GPUs. Ii has such configuration include YES, XE5, and KE5. The top-end display has been featured on the XE5 that rocks with a QHD+ miniLED and UHD+ Samsung AMOLED panel. The top variant is YE5.

2. Aorus 15 and 17: It seems that both have been sized with the high–end Aorus support up to Intel Core i7-12700H and also up to Intel Core i7-12700H and the models also support DDR5 memory and PCIe 4.0 storage. There are also three configurations containing YE, XE, KE models. The configuration of the display contains an FHD 360 Hz and QHD 165 Hz panel when the entire thing weighs in at just 2.4 kgs. It can also provide up to 64 GB of DDR5 RAM that has been clocked up to 4,800MHz and also with the two PCIe 4.0 M.2 slots. This laptop has been powered by  Intel’s  Alder Lake-P CPUs & NVIDIA’s GeForce RTX 30 GPUs.

3. Aorus 5: It is reported that this model just has been supporting up to Intel’s Core i7-12700H processor, and they have taken care of the graphics department also as it can be configured with up to Nvidia’s RTX 3070. It can support up to 64 GB of DDR4 RAM clocked up to 3,200MHz and also it will provide the offer of two PCIe 4.0 M.2 slots. This laptop has been powered by  Intel’s  Alder Lake-P CPUs & NVIDIA’s GeForce RTX 30 GPUs.