Is the FIFA World Cup 2022 in Qatar a disgrace to football? 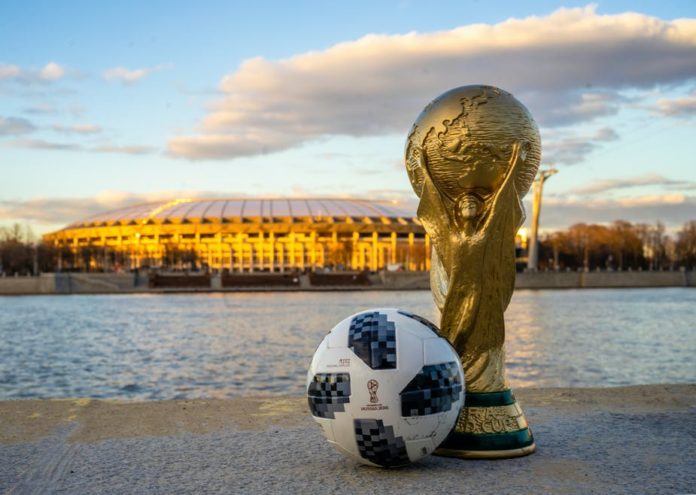 It would be an understatement to say that the 2022 World Cup in Qatar has not been well received.

From the heat to Qatar’s dubious human rights record to the projected switch from a summer to a winter tournament, FIFA’s decision to transfer the tournament away from the Gulf state would not come as a major surprise.

Is it, however, appropriate? After all, the tournament was chosen by FIFA delegates in a free vote. They chose the venue, so changing their minds and awarding the competition to another country would be a significant U-turn.

However, there are a number of convincing arguments in favour of moving the tournament from Qatar to a more deserving country.

Six reasons why the 2022 World Cup should be moved, according to Bleacher Report.

When a heat wave strikes a Western country that isn’t used to it, a daring TV news crew will almost always try to fry an egg on a vehicle bonnet, or even the pavement.

If they try that approach in Qatar, they might be able to start a cafe serving fried egg sandwiches to passing British tourists, because the heat will be intolerable, as you know.

According to The Daily Mail, the Qatari bid included air conditioning for the stadiums and floating’solar clouds’ to shade the pitch when they pitched for the tournament. According to Al Jazeera, if the event is to be held during the typical, promised time of year, it will be in temperatures averaging 105 degrees Fahrenheit.

Unlike tennis, FIFA does not have a protocol for extreme weather in its competitions; instead, participants are advised to drink plenty of water. They didn’t, however, pass on the wise advice that if players wanted to keep moving around, they should probably breathe in and out as well.

Some may argue that World Cups have been held in great heat previously, and they have, most notably in Mexico and other South American nations. However, the game has become so much faster and more athletic in recent years that this level of heat is unsafe.

Given that this is a country with no meaningful football history, it’s not surprising that there is currently no infrastructure capable of handling a World Cup-sized event.

The stadiums, hotels, and other infrastructure necessary will cost in the neighbourhood of $220 billion (£138 million), according to ESPN. South Africa’s preparation for the 2010 World Cup cost $3.5 billion, as a contrast.

Consider what you could do with that money. It’s a pointless exercise because it’s unlikely that $220 billion will be spent on football’s grassroots or donated to charity if the World Cup is taken away from Qatar tomorrow, but it still seems like a waste of money.

Here’s the real kicker when it comes to Qatar’s current infrastructure. Lusail City, the city that will host the final, does not exist yet. To accommodate the event, they’ll have to construct an entirely new city 15 kilometres north of Doha.

It would be laughed off as absolutely absurd if it were in the storyline of a movie.

Since the World Cup bid was won, 400 Nepalese migrant workers have perished in construction in Qatar, according to Jamie Doward of The Observer. That would be bad enough, but Nepalese make up just about 20% of the labour, and they are frequently compelled to work in deplorable conditions.

In The Guardian, Jim Murphy, the UK’s shadow international development secretary, wrote: ” People don’t have to die to bring us this or any other World Cup or sporting event; not a single worker died building the sites for the London 2012 Olympics. According to the International TUC, the 2022 World Cup risks 4,000 lives.

Fifa must receive a full report from Qatar, cataloguing the full scale of the problem—and a serious plan to make things right. Nothing less will do. The shortcomings in the current system leave too many vulnerable people exposed.

Qatar has come an incredibly long way in the last twenty years, and there have been real advances that should not be ignored. But the simple fact is that the conditions faced by some of these workers – and no-one is suggesting it’s every single one—fall within the International Labour Organisation’s definition of forced labour. “

It is impossible to disagree with this statement. The Qatar 2022 organising committee has produced a charter that appears to ensure the safety of its workers, but it is doubtful that the situation will significantly change, and the damage has undoubtedly occurred.

The World Cup will be based on bloodshed.

To deal with the heat, it appears that the best solution right now is to move the tournament to the winter, when temperatures are significantly cooler.

Of course, this creates a slew of issues, not the least of which is that the European leagues will lose a two-month piece of their season.

Some have claimed, quite correctly, that because not all of the countries involved have a season from August to May, the disruption will only affect a few large and powerful teams, who should stop whining.

However, a significant number of the players will be from European clubs. With 13 of the 32 nations coming from Europe, UEFA is by far the most well-represented confederation in the event, and many of the players from other countries work there as well.

For example, 30 of the 49 players called up by Brazil last year and 19 of the 23 players in Argentina’s most recent roster are European players. Unless there is a violent power shift in the next eight years, the majority of the players at the 2022 World Cup will be from European teams, and switching to a winter tournament will mean they will have to start a season, stop halfway through to compete in what will be for many the most important competition of their careers, then return home to finish their domestic campaigns.

It would be an understatement to say that this isn’t great.

Hopefully, we have succeeded in giving convincing reasons that why Qatar World Cup is a disgrace to football, let us know your views on the same below.

Previous article
Messi vs Ronaldo: Who had the better 2021?
Next article
LG unleashes its OLEX EX display tech that may lure in giants like Apple

Endorsements of David Beckham: From a £115 million lifetime Adidas agreement to being the face of the Qatar World Cup