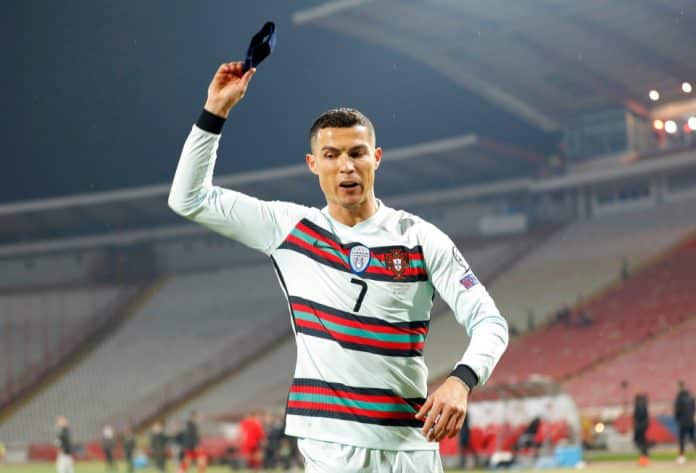 Last night, Serbia defeated Portugal to qualify for the 2022 Qatar World Cup by finishing at the top of their group. A 90th minute goal from Aleksandar Mitrovic helped the visitors win the game, and automatically qualify for the tournament.

Portugal finished second and have to win in the playoffs in March to ensure that they make it to the tournament. But in retrospect, there is one key moment that possibly denied Portugal a chance to finish at the top of the pile.

And that is when the two countries faced off in March at the Rajko Mitic Stadium. The game ended 2-2, and possibly denied Portugal the chance to progress without competing in the qualifiers.

The number 7’s shot clearly crossed the line before it was cleared by Stefan Mirotic. Ronaldo had started celebrating, but the referee ruled out the goal. The absence of VAR also made it impossible for the decision to be rechecked.

“Being captain of the Portugal national team is one of the biggest prides and privileges in my life,” Ronaldo wrote on Instagram after the game.

“I always give and will give everything for my country, that will never change.

“But there are difficult times to deal with, especially when we feel that an entire nation is being harmed.

Ronaldo was furious at the time and threw his captain’s armband onto the pitch in frustration as the game ended in a draw. He was concerned that the disallowed goal could cost his country qualification into the 2022 World Cup. Now, the reaction seems justified given that Portugal have not qualified for the tournament at the end of the European qualifiers.

- Advertisement -
Powered by JustWatch
Share
Facebook
Twitter
Pinterest
WhatsApp
Linkedin
Previous articleFIFA World Cup Qatar 2022: Everything you need to know about the 8 stadiums which will host the tournament
Next articleThe Top 10 Most Loved Japanese Brands in India

BREAKING: Cryptocurrency Bill will be introduced amongst 26 others in Winter Session of Parliament in India