“Hawkeye: Avengers Level Threats”: The new trailer of the Hawkeye series has been dropped 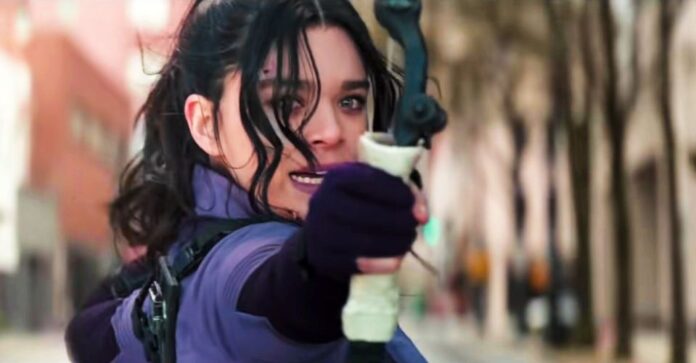 Hawkeye has dropped the new trailer of the series of Clint and Kate who are tackling an “Avengers Level Threat”. It is the new character to get good treatment from Disney+ for the MCU. It is starring  Jeremy Renner’s Clint Barton who has returned in action,  in this time they will be teaming up with Kate Bishop who is a teen woman who has emulates Hawkeye by taking the namesake with the own mixture of the skills with the bow and arrow. In this Bishop was made by Allan Heinberg and the artist Jim Cheung, and the first appeared in the Young Avengers before coming in the Hawkeye comic series and set to establish her like the regular character for carrying the name of the Hawkeye.

Barton has belonged from one of the few Avengers characters who have no superpowers that are the main factor that has driven him to want to be like him in the comics. In the comics, Bishop is definitely the daughter of the rich Manhattanites and after the survival of an assault in Central Park has decided for seeking out the development of her battle and archery skills, eventually mastering them. It is still not clear about the origin that will feature in the Hawkeye series, but the New York setting and dialogue show thus far the indication that some of the semblances of it would be intact for the series.

In this new trailer of the series, we will see for the first time the mother of Kate Bishop, Eleanor Bishop, it will be played by Vera Farmiga, Kate’s mother has been seen to be talking to both Kate and Clint and clarifying with the latter that Kate will help him with “an Avengers level threat”. It has no indication about the threat but from the trailers, it has shown far and it is obvious that there is a team of people, after Clint and that he has to confront them before he can get back to the home to his family for the holidays.

We have seen that as time continues there is the inevitability of the passing of the torch on the younger generation in the MCU that will be more and more prevalent. It is assumed that the studio will keep with the recent timeline and not reboot. This is definitely never an issue on the comic page like the characters can be like the young or as old as the writers want, for the most part, the actors do not have the same benefit. It would be very nice of having our very favorite actors portray the specific character endlessly, age, and time will always become a factor and there is a difference in taking the decisions in how a comic book cinematic universe will play out in this long haul. There is still more time for Renner for playing Hawkeye and also to be an Avenger and mentor the next generation to take over.