Pokémon GO Halloween Part 2: Ghoulish Pals is here bringing the debut of Phantump, Trevenant, Pumpkaboo, and Gourgeist to the game 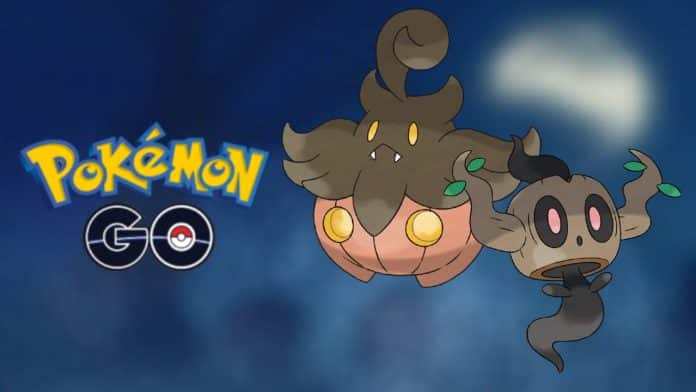 The season of Mischief is back and this time the storyline focuses on the Mythical Pokémon Hoopa! When a player completes this season’s special research story, they will be able to access a special event at the end of the season which might have something to do with Hoopa!

During each part of the Pokémon GO Halloween Mischief event, we will get to see a new part of the season-long special research being unlocked. During the event, we will get to see more Psychic-, Ghost-, and Dark-type Pokémon appearing in the wild and some new Pokemons will be the first to appear in Pokémon GO. This brings a perfect opportunity to learn more about the Mischief Pokémon! And the event is available till 31 October 2021, at 8:00 pm local time.

The second part of Pokémon GO Halloween Mischief is called Ghoulish Pals! And the events have finally started from today and will run till 31st October 2021. Ghost types will be appearing more often everywhere as we get closer and closer to Halloween and making their first-ever Pokemon Go debut we have the spectacularly spectral Pumpkaboo and Phantump. Not only we will also get to see their Evolutions, Gourgeist and Trevenant! We’re also getting word that you’ll be able to encounter Pumpkaboo of varying sizes, just like you can in the Kalos region.

Professor Willow has a frightening but eye-opening encounter with some Phantump and Trevenant in a forest! And he suddenly remembers that Hoopa is also a Ghost-type Pokémon, so he thinks that perhaps this is the perfect opportunity to do more research on the spectral and spooky Pokémon around us.

To celebrate the first-ever debut of Pumpkaboo debut and the mechanic it introduces, we have a new Collection Challenge available in the second season and it requires players to collect Pumpkaboo of various sizes. Of course, there will be numerous raid events and rare encounters with the Pokemon.

In celebration of Halloween weekend and the introduction of Mega Absol in Mega Raids, Mega Absol and Darkrai will appear more frequently in raids! And these raids will be live from Saturday, 30 October 2021, at 10:00 am to Sunday, 31 October 2021, at 8:00 pm local time.

- Advertisement -
Powered by JustWatch
Share
Facebook
Twitter
Pinterest
WhatsApp
Linkedin
Previous articleRohit Sharma will become the next Indian Captain in Limited Overs Format after the T20 World Cup
Next articleAll you need to know about PUBG: New State, coming to Android and iOS