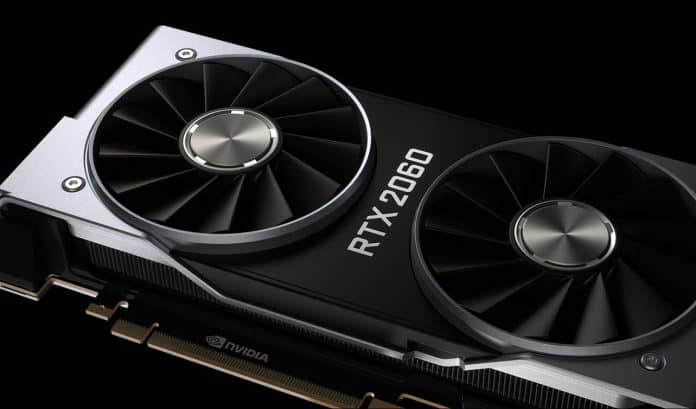 According to the latest rumours, the graphics card maker NVIDIA is in production of a new Turing graphics card which the company is preparing to tackle AMD’s rDNA 2 GPUs. The Turing-based graphics card is the GeForce RTX 2060 12 GB.

As mentioned above, the card is being produced to counter AMD’s entry-level lineup as their GeForce RTX 3050 series is a little underpowered to tackle AMD’s Navi 23 and the 12 GB of RAM will give an additional advantage over AMD’s offering.

The information comes from various sources that reported that the green team is preparing a 12 GB variant of its GeForce RTX 2060 graphics card. However, it is still unknown whether the card is simply receiving a memory capacity boost or will also receive any other updated specs.

According to Moore’s Law is Dead, the NVIDIA GeForce RTX 2060 12 GB will be the answer to low-end AMD RDNA 2 GPUs. It was also reported by a channel that the graphics card will still be produced at TSMC meaning that NVIDIA can source its GPU supply from both TSMC as well as from Samsung.

As we know, the original GeForce RTX 2060 was released way back in 2019 and this new 12 GB variant will be launching two years later. The card however did receive a SUPER variant and a few other variants specific to certain markets but it looks like the 12 GB variant is going to be launched globally.

In terms of pricing, it’s reported that the NVIDIA GeForce RTX 2060 12 GB graphics cards could very well end up coming at around $300 US. AMD’s Radeon RX 6600 Non-XT variant will be sold at around an MSRP of $329 US but will end up somewhere close to $400-$450 US. As to whether this move by NVIDIA works remains to be seen.