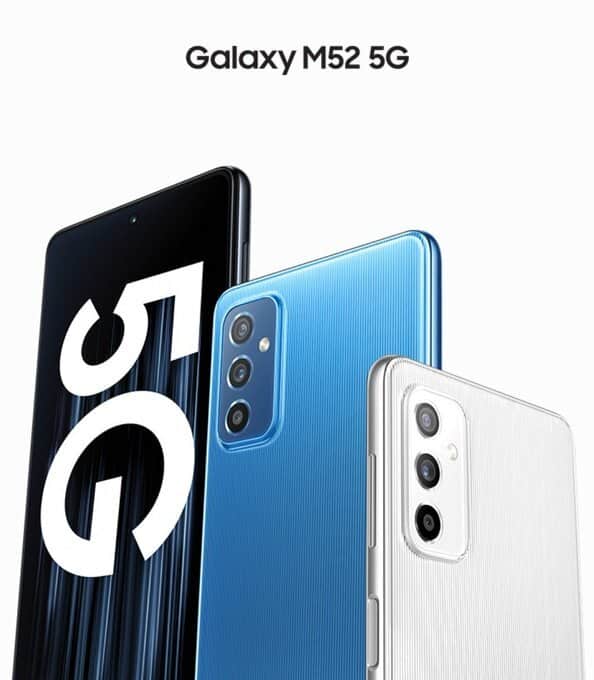 Samsung has launched the Galaxy M52 5G in Poland without generating any buzz about the device, just days ahead of its scheduled arrival in India. The new device has also been spotted on the company’s site.

Following are the detailed specs of the Samsung Galaxy M52 5G:

Under the hood, the Galaxy M52 5G is powered by the Snapdragon 778G SoC with an octa-core processor along with 6GB RAM. The device has a triple camera setup on the rear.

The Galaxy M52 5G has a primary 64MP lens with an f/1.8 aperture lens, along with a 12MP secondary sensor with an f/2.2 ultra-wide lens and a 5MP macro shooter according to the Polish site of Samsung.

The device has a 32MP selfie camera on the front, with an f/2.2 lens. Samsung has given 128GB of onboard storage on the Galaxy M52 5G with an option to expand it to 1TB via a microSD card slot, as per the listing on the Samsung Poland site.

The Galaxy M52 5G has a 5,000mAh battery with support for 25W charging support. The device will reportedly retail for PLN 1,749 or 32,900 INR. The device is scheduled to launch in India on the 28th of September. It will also go on sale through Amazon after it officially releases.

Samsung has released the M52 5G in Black, Blue, and White color options. It comes in a single 128GB variant.