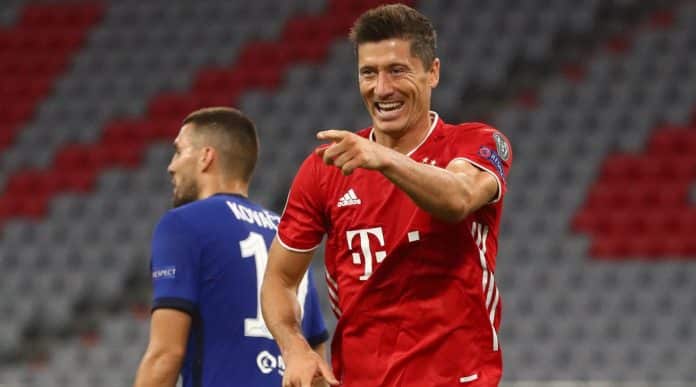 The new Champions League season is already up and running, and the race to be recognised as the top scorer has begun along with the race for the trophy. So, here are the top ten players most likely to finish with the highest number of goals in the competition.

The Ajax striker is currently leading the scoring charts in the Champions League, with four goals against Sporting CP in their opening match. He is now one of the players who could surprisingly finish at the top of the pile.

The Brazilian not only has to compete with other strikers in the competition, but also the likes of Lionel Messi and Mbappe in his own team. It won’t be very surprising if we see Neymar take on more of a playmaker role in the team than a finisher.

The Chelsea forward has already opened his scoring tally for the Blues in the Champions League, netting the winner against Zenit. With the form he is showing, it won’t be too far away from Lukaku to try and win the top scorer award in the competition this year.

Mbappe operates as a centre-forward in the lineup for PSG, and he is expected to be the one to get on the end of deliveries. So, it is more likely for the young Frenchman to be the top scorer in the competition than Neymar. Mbappe has also shown his brilliance against big teams in the past and he will surely step up again.

Ronaldo is recognised as the best player in the history of the Champions League, and he has started scoring in the competition for Manchester United again. CR7’s goalscoring record can never be understated or counted out in the race for any top scorer award.

Salah has been Liverpool’s best player over the last year, and he has been scoring crucial goals regularly. As a result, the Egyptian kicks off the top five in the race for the Golden Boot in the Champions League.

While Benzema is yet to score in the Champions League this season, he is Real Madrid’s star attacker. So, expecting the Frenchman to finish as the top scorer in the competition is surely an achievable feat if Real Madrid progress deep into the competition.

Counting Messi out of a Golden Boot race has never worked in the past, and it won’t now either. The Argentinian is alongside the best-attacking trio in the world and is surely among the most likely to win the Golden Boot this year.

Under Julian Nagelsmann, Bayern Munich have honed their attacking finesse and recently dispatched Barcelona 3-0. Lewandowski has already netted a brace in the first game, and after breaking Gerd Muller’s record of scoring 40 goals in one Bundesliga season last term, he could set another personal record in the Champions League this time.

Previous articleGame on: #CricketTwitter to bring an exciting extravaganza for fans
Next articleGames Inside Games