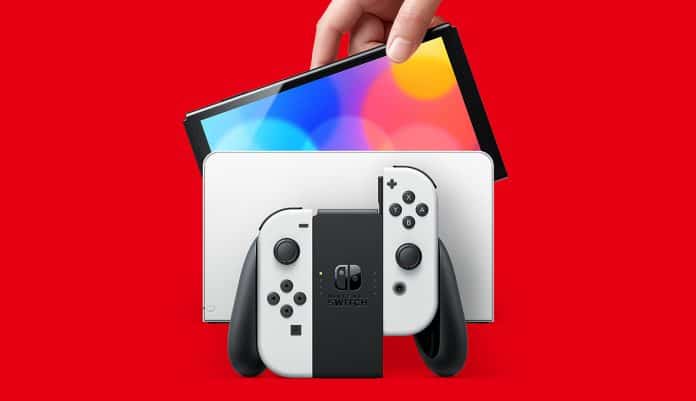 Nintendo’s Switch OLED will be launching next month, and as this is its global launch, we can expect at least one retailer will be selling the upcoming Nintendo Switch OLED in India. And according to the latest listing on Mumbai-based independent game store Mcube Games, the Nintendo Switch OLED India price is Rs. 41,999. The release date of the console is reported to range between October 15 to 18, 2021.

According to the Mumbai-based retailer, this hike in the console price is due to a higher buy price from its suppliers. However, we don’t expect this price to hold. However, if you plan to buy the Nintendo Switch OLED offline at local grey market outlets or parallel importers, we can get the console for around Rs. 35,000 to Rs. 40,000 price range.

“If the Dirham or Singapore Dollar changes too much, our buy price changes. Usually, we don’t pay the MRP for the region we buy from as we purchase from wholesale, so it’s at about a 5 to 10% discount depending on the supplier. If shipping costs stay the same, we should be able to be in that Rs. 35,000 to 40,000 range.”

However, we hear the reports that PS5 and Microsoft’s Xbox Series X will soon be restocked for the Indian market. The games for the consoles are much easier to buy and have an official warranty which is not true for Nintendo Switch consoles sold in India.

In India, PS4, Xbox One, and Xbox Series X|S console sales in 2020 were close to 100,000 units sold by March 2021. and just a year prior, it was estimated that the Nintendo Switch had sold between 55,000 to 60,000 units in India for its lifetime to date. However, considering the size of the Indian market and the popularity of PlayStation and Xbox in the country, it will profit Nintendo to take the Indian market seriously.