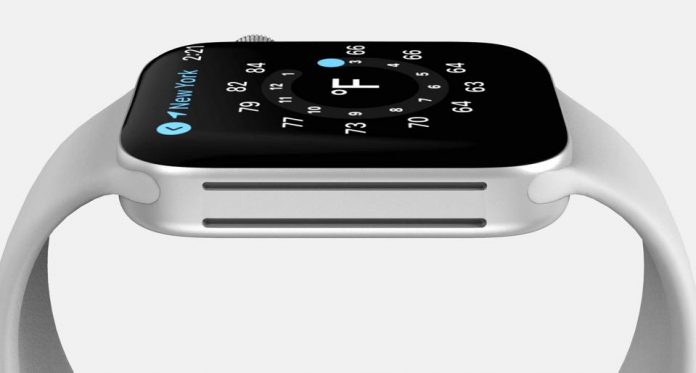 Apple’s upcoming Watch Series 7 will be coming with a bang and sporting an all-new design. It will sport larger 41mm and 45mm displays and according to reports, Apple will be changing the design of its entire product line and this concept is also coming to its new wearable.

In terms of design, Apple’s Watch Series 7 will be adopting a flat-edged design with bigger displays however, recent reports indicate that the external complex variations of the device are causing production delays,

According to sources, Apple Watch Series 7 might see a delay in its product launch due to the complex design. It also stated that Apple began small-scale production of the wearable last week however during the process workers “encountered critical challenges in reaching satisfactory production performance.”

Manufacturers of the Apple Watch 7, as the device is expected to be called, began small-scale production last week but encountered critical challenges in reaching satisfactory production performance, multiple people familiar with the situation said.

sources said the current disappointing production quality could be attributed to the complexity of design, which is significantly different from that of previous generations of the watch, and the assemblers found issues when putting together electronics modules, components and displays.

The redesign process by Apple was also the reason why iPhone 12 Pro Max was delayed. According to reports, employees over at the facility have halted the production temporarily and they are working to certify the design before the Apple Watch Series 7 enters mass production.