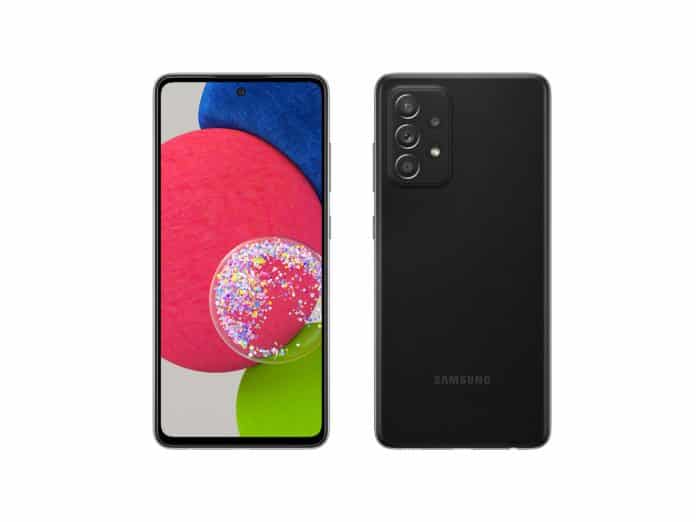 As mentioned above, the Galaxy A52s 5G offers similar specifications and features as that of the Galaxy A52 5G, except that it comes powered by an octa-core Snapdragon 778G chipset. The SoC is aided with Adreno 642L GPU. The device sports a 6.5-inch Super AMOLED display that has FHD+ 1080×2400 pixels resolution and a 120Hz refresh rate.

The Galaxy A52s 5G packs up to 6GB of RAM and 128GB of onboard storage. There’s also a higher-end variant of the A52s 5G which ships with 8GB of RAM and 256GB of internal storage. The smartphone also has microSD card support which allows extra storage expansion up to 1TB.

On the software front, the A52s 5G runs Android 11 out of the box with One UI 3 skin. As for the imaging purpose, the A52s 5G features a quad-camera setup. The rear-facing camera module consists of a 64MP primary main camera that has OIS support. The 64MP main sensor is accompanied by a 12MP ultra-wide-angle lens, and a pair of 5MP depth and macro sensor. Upfront, the device sports a 32MP selfie camera.

The Samsung Galaxy A52s 5G comes in Awesome Mint, Awesome Violet, Awesome White, Awesome Black colours, is priced at £409 (US$ 562 / Rs. 41,811 approx.) for the 6GB RAM with 128GB storage version in the UK and will be available from 3rd September with pre-orders starting from 24th August. It is expected to roll out in Europe soon, and based on earlier rumours, we can also expect it to launch in India, but it will be cheaper than the UK and Europe pricing.