Oppo A16s launched with a triple-camera setup and a 5,000mAh battery 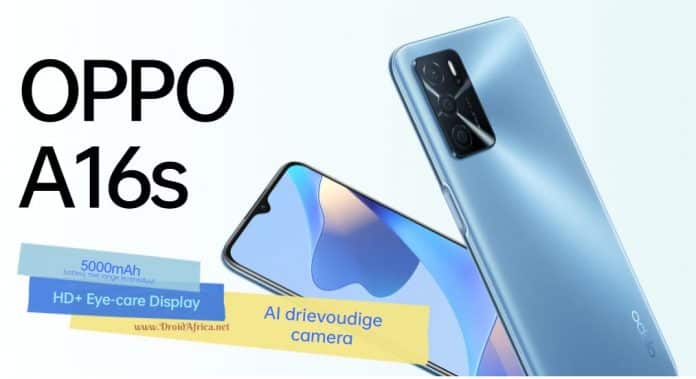 Oppo has launched a new smartphone, the Oppo A16s out of the dark in the Netherlands. The device is supposed to be the successor to the original Oppo A16 and comes with support for NFC. The device also features a triple-camera setup, a 5,000mAh battery, and dual 4G LTE support.

The Oppo A16s has been priced at $175 or 13,000 INR. It comes in a single 4GB+64GB variant. Oppo has released the device in Crystal Black and Pearl Blue color variants. The smartphone is officially on sale at Oppo’s online website.

Let’s take a look at the specs of this device, can it be a silent killer in its budget range? The Oppo A16s have almost similar build quality, same design, and multiple similarities with the Oppo A16. This is not surprising, even though the device is a successor to the A16, it would not be practical for Oppo to financially redesign the entire device from scratch.

Coming to the camera specs, it has an 8MP single camera for selfies integrated into the water-drop notch. The device has a triple-camera system at the rear with a 13MP primary sensor and a 2MP macro lens paired with a 2MP depth sensor. The rear camera is capable of shooting up to 1080p videos at 30fps.

The Oppo A16s is powered by the MediaTek Helio G35 SoC with PowerVR GPU. As mentioned above, Oppo has only released it in a 4GB+64GB variant. It also has the provision for a microSD card slot for additional storage up to 256GB.

The 4G smartphone comes with dual-sim support and a 5,000mAh battery. The device has a side-mounted fingerprint scanner and runs on Android 11 based ColorOS 11.1 out-of-the-box.

Oppo has released the device without providing any notice or hinting at any teaser either, it was a bit surprising to see. As of now, we are not sure which other markets will get this device, but be rest assured, we will keep you posted!