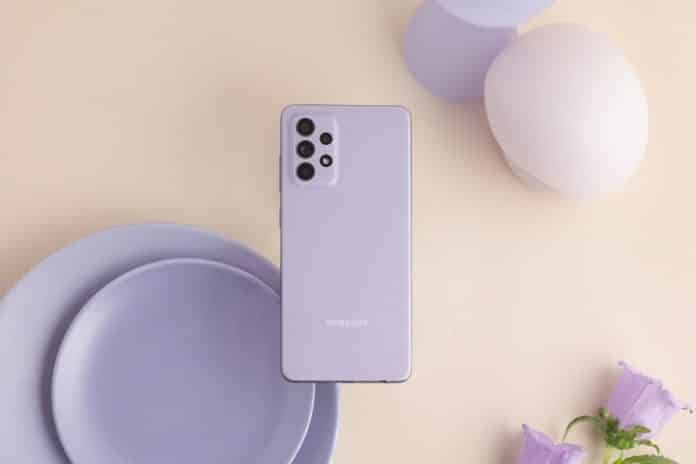 Samsung is looking to upgrade the Galaxy A52 5G with the launch of a new model that will be released as the Galaxy A52s 5G, it will debut in the European market first, it is not yet known if the device will be launched in other global markets in the coming months, but BIS listings suggests that India may get the device eventually.

Today, the Galaxy A52s 5G was spotted on a retailer’s site in Europe that revealed its pricing, color options, and the storage variants the device will come in as well.

Coming to the colorways of the device, we can expect to see it in an Awesome White, Awesome Black, Awesome Mint, and Awesome Violet. The retailer has listed only the 128GB variant, there could be other storage variants as well that could arrive but we are not sure as of yet.

Recently, the Galaxy A52s 5G had appeared on the Geekbench website, the listing revealed that it will have a Snapdragon 778G SoC. It will run on Android 11 out-of-the-box and is reportedly eligible to get the Android 12 update as well. It will have 8GB RAM but another Geekbench listing also suggests that we can expect to see a 6GB RAM variant as well.

Samsung has officially not shared any information regarding the A52s 5G, we will learn more about the device in the coming weeks so stay tuned!