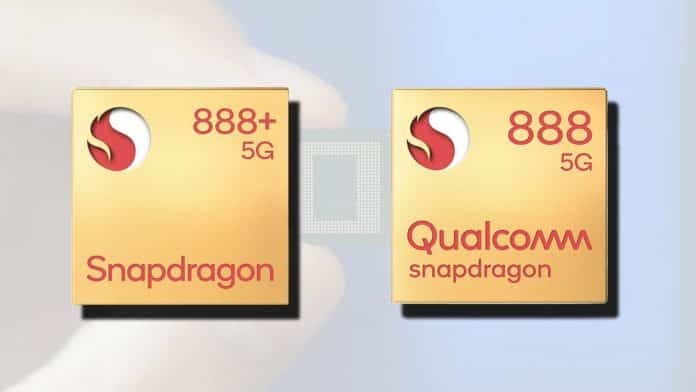 Few days, the chipmaker Qualcomm announced its Snapdragon 888 Plus, and as we know, the chip is a slightly overclocked variant of the Snapdragon 888. The chip will reportedly be sported some flagship android devices coming out in the second half of 2021.

Speaking about both the chips, the Snapdragon 888 Plus and Snapdragon 888 are both manufactured using Samsung’s 5nm LPE architecture, so the CPU cluster remains the same, and both are also divided in the 1 + 3 + 4 configuration.

The Snapdragon 888 Plus also has support for LPDDR5 at 3200MHz, similar to that of the non plus variant. And offers a memory bandwidth of 51.2GB/s.