Vivo teases the launch of Vivo Y73 in India 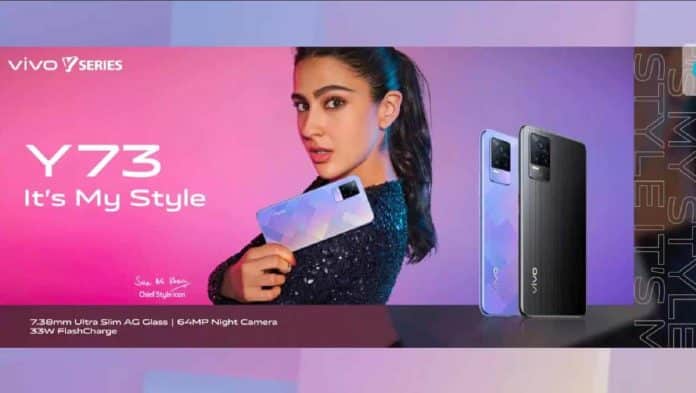 Vivo through a tweet released by their Director of Brand Strategy teased the launch of the device in India soon. Notably, the specs of Vivo Y73 had released a few days earlier from leaks.

The above tweet emerged earlier today, with Director of Brand Strategy, Nipun Marya asking the public to guess the identity of the model in the image.

The name of the device is confirmed as the Vivo Y73, the tweet, however, does not reveal any possible launch dates.

The Vivo Y73 will be powered by a MediaTek Helio G95 SoC paired with 8GB RAM (with the option of extending RAM by 3GB) and 128GB storage space.

The device will run Funtouch OS 11.1 which is based on Android 11. The Vivo Y73 will have a 64MP+2MP+2MP camera setup with a primary sensor and depth and macro sensors. It will have a 16MP selfie camera.

Vivo Y73 will be a 4G device, with dual-band WiFi and Bluetooth 5.0, a dedicated SD card slot that will support up to 1TB of storage expansion.