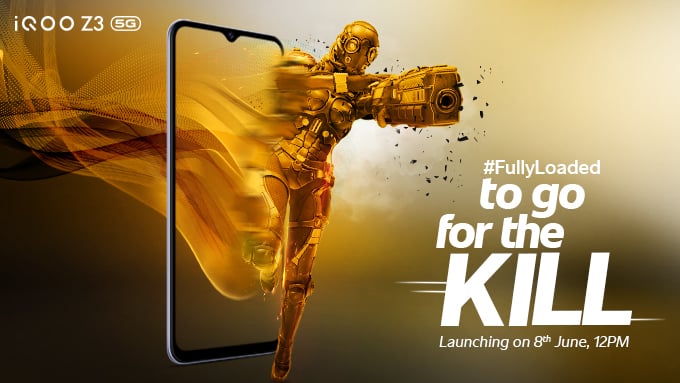 iQOO Z3 5G is the first mid-range smartphone from the smartphone brand in India. It will launch in the country on 8th June. iQOO Z3 5G will be India’s first smartphone to feature the Snapdragon 768G. The launch is scheduled for September 8th and the event will start from 12 PM onwards on that day. The smartphone will be available via Amazon India. Click here, to go see the iQOO Z3 5G on Amazon.

The company has also revealed that they will be having an epic Avatar Launch for the iQOO Z3 in India for the first time.

iQOO Z3 5G is already confirmed with the Snapdragon 768G, 55W fast charging and 120Hz display. The company has also revealed that it will feature 64MP AF Main Camera that will support EFB Autofocus, Super Night Mode and 4K videos at 60FPS.

Apart from this, the device will be launching as a mid-range smartphone in India. So it is expected to be priced around Rs.22,000 – Rs.25,000 in India.