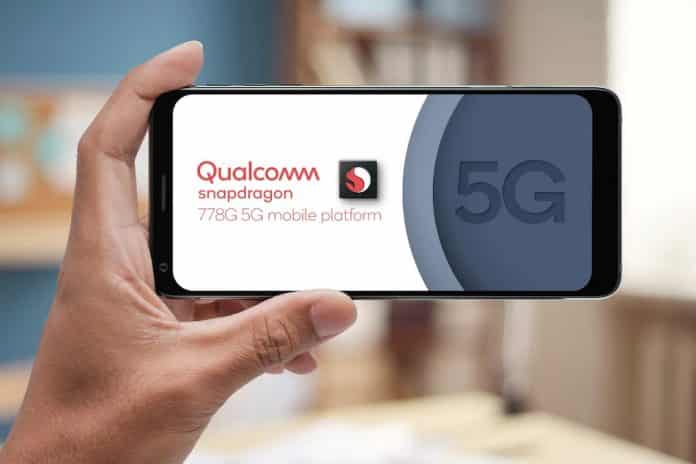 Yesterday, the US chipmaker announced its new mid-range SoC in the form of Snapdragon 778G 5G that had been flooding across the media even before the launch. It was launched at the chipmaker’s 5G Snapdragon Summit held on Wednesday.

Not only that, Qualcomm has even claimed that the Snapdragon 778G is capable of delivering twice more AI performance compared to ist predecessor. It will commercially be available in the second quarter of 2021 on many smartphones from various reputed brands.

However, the first smartphones to be shipped with the new Snapdragon 778G is the Honor 50 series. Coming to specs, it features the Kryo 670 CPU that promises up to 40% better performance than the Kryo 475 CPU available on the Snapdragon 768G.

On the GPU front, you have the new Adreno 642L GPU that is also said to provide 40% better performance than its predecessor. The Snapdragon 778G also comes with a low-power Hexagon 770 processor and a 2nd-generation Qualcomm Sensing Hub that helps to deliver next-gen AI experiences.

To handle the camera, you have the Qualcomm Spectra 570L triple ISP, capturing triple images of up to 22-megapixel resolution. This tripe ISP even supports wide, ultra-wide, as well as zoom cameras and, on the video front, offers 4K HDR10+ recording.

For connectivity, it comes with the Snapdragon X53 5G modem that supports both mmWave and sub-6 5G networks. Whereas the Qualcomm FastConnect 6700 connectivity system even supports multi-gigabit class Wi-Fi 6 speeds of up to 2.9 Gbps.

It also supports all the latest standards including Wi-Fi 6/ 6E, 5G, and Bluetooth v5.2 in terms connectvity. For location, you have support for GPS, Glonass, BeiDou, Galileo, QZSS, and NavIC.

Being a gaming-focussed chipset, the Snapdragon 778G also comes with Qualcomm Game Quick Touch feature that reduces touch latency and improving input response by up to 20% compared to its predecessor. It has got a lot of Qualcomm Snapdragon Elite Gaming features like Variable Rate Shading and others.

In terms of charging you have the Quick Charge 4+ technology while also supporting USB v3.1 with the USB Type-C interface

Previous articleHere are the Best Romantic Web Series available on Netflix in 2021
Next articleOFFICIAL: Sami Khedira announces his retirement after the end of the season