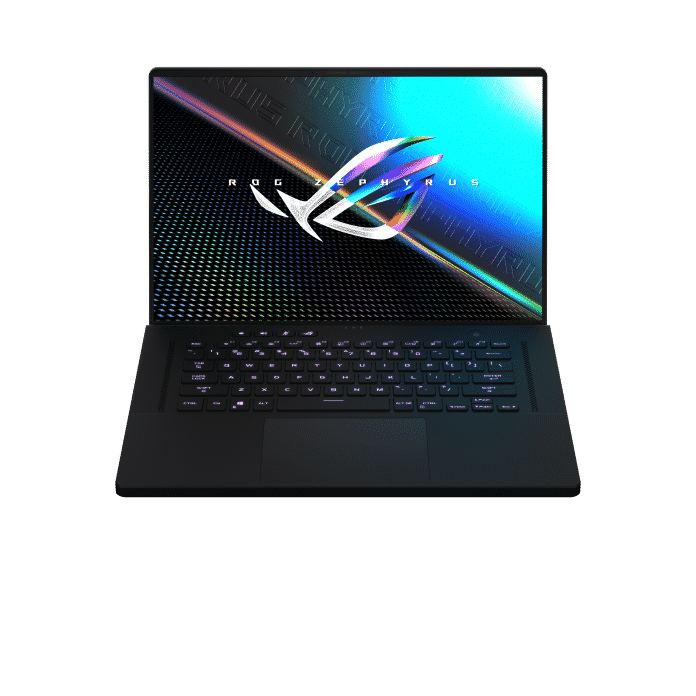 The ROG Zephyrus M16 is an all-new gaming laptop, fitting an immersive 16” display and a powerful new Intel processor inside an ultraslim 15” chassis. The main highlight of the display is the 16:10 aspect ratio which is hard to find in a gaming laptop.

For fluid, richly detailed visuals in games, the 16” display combines a high WQHD resolution with a fast 165Hz refresh rate, 3ms response time, and Adaptive-Sync. It’s also primed for content creation thanks to a taller 16:10 aspect ratio, PANTONE®-validated colours across 100% of the cinema-grade DCI-P3 colour gamut, and Dolby Vision® support for richer visuals.

The new Asus ROG Zephyrus M16 will feature the latest processors up to an 11th Gen Intel Core i9-11900H and Up to a GeForce RTX 3070 Laptop GPU.

The Core i9-11900H in the top configuration clocks up to a blazing 4.9GHz with eight cores and sixteen threads. The advanced system design allows the CPU to run on up to 45W of sustained power when the GPU is active and 80W on its own.

Asus has paired the processor with up to 48GB of speedy DDR4-3200 RAM to give plenty of headroom for heavy multitasking and projects with high-resolution assets. To enjoy ultrafast access to games and apps, they have also included a PCIe 4.0 SSD with up to 2TB of storage and also has a second SSD slot.

NVIDIA graphics up to the GeForce RTX 3070 Laptop GPU give the Zephyrus M16 outsized gaming performance for such a slender machine. Efficient cooling will let you clock the RTX 3070 up to 1390MHz at 80W with ROG Boost.

Like the rest of the GeForce RTX 30 Series, the 3070 is based on a cutting-edge Ampere architecture with updated CUDA cores for programmable shading, enhanced RT cores for real-time ray tracing, and augmented Tensor cores for accelerating AI. It supports real-time ray tracing to produce the most lifelike visuals and uses DLSS 2.0 to let you experience them at high frame rates. The GPU can also speed up other workloads like image processing, 3D modelling, and deep learning.

The Dynamic Boost diverts an extra 20W of power when CPU loads are lighter, unlocking more performance when you need it the most, so you can enjoy smooth frame rates even when the action gets hot.

Zephyrus M16 offers true portability, with a slim and light body that’s only 19.9mm thin and 1.9kg. It looks both stylish and professional in any setting, with an Off Black tint and lustrous Prismatic Film visible through CNC-milled perforations.

Zephyrus M16 is also available with the new GeForce RTX 3050 Ti Laptop GPU, which makes the RTX experience more accessible than ever. And the RTX 3050 family of GPUs is coming to other ROG gaming laptops, including the Flow X13, Strix G15/17, Zephyrus G15, and Zephyrus G14.