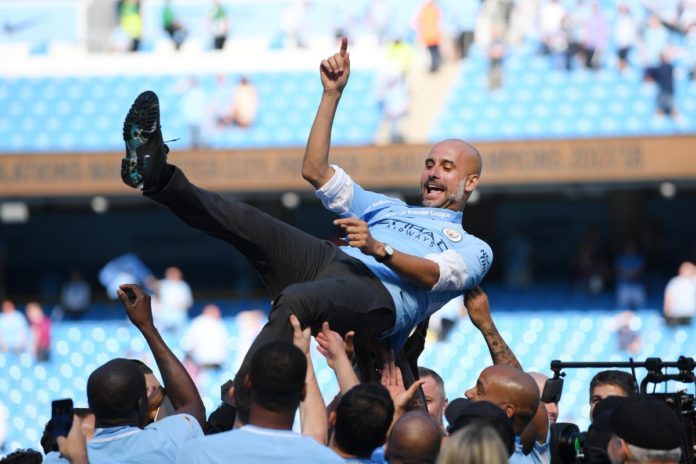 Manchester City beat PSG by a 2-0 scoreline in the second leg and 4-1 on aggregate and thus progressed into their first-ever Champions League final. Pep Guardiola’s men were on a completely different level compared to PSG. PSG lost their heads in the latter stage of the game as Di Maria was shown a straight red card.

Kylian Mbappe’s absence from the starting lineup proved to be a major blow for PSG as the Paris club once again missed out on getting their hands on the much-coveted Champions League trophy.

Riyad Mahrez was the star of the show, scoring two crucial goals. He is now the highest-scoring player from Algeria in the Champions League. City now has a very realistic chance of winning their first-ever UCL trophy as they will now face either Real Madrid or Chelsea in the final.

Pep Guardiola was overjoyed with his team reaching their first-ever Champions League final. He told BT Sport: “It is for all of us and the club. I’m incredibly proud and my first thoughts are with the players who didn’t play today. They all deserved to play, everyone has made a contribution and now it is time to enjoy it. We have to win the league and we have two or three weeks to prepare for the final.”

“They put a lot of players in the middle and we struggled a lot in the first half to high press and we changed at half-time. We recovered the ball better in the second half and we were much better in the way we played and 4-1 on aggregate against a team that beat Barcelona and Bayern Munich and it means a lot to us.

“They win every year the league, they are a team built to win, they fought to the end. They a huge team but we were so so composed. We fought together and we’re in the final of the Champions League and those are nice words.”

He further added: “People believe it’s easy to arrive in the final of the Champions League. Getting to the final now makes sense of what we have done in the past four or five years. Every day these guys have been consistent and this is remarkable. We scored a goal through the hips in the first game, and today Marquinhos hit the bar in the first half – you can be out for little details.

“United won a title because of John Terry’s slip and in the last minute against Bayern Munich and Real won a title against Atletico in the 93 minute. It’s a competition that is so difficult and something in the stars is involved in that.”