“Dancing Queens”: The Official Teaser and the Release Date is announced 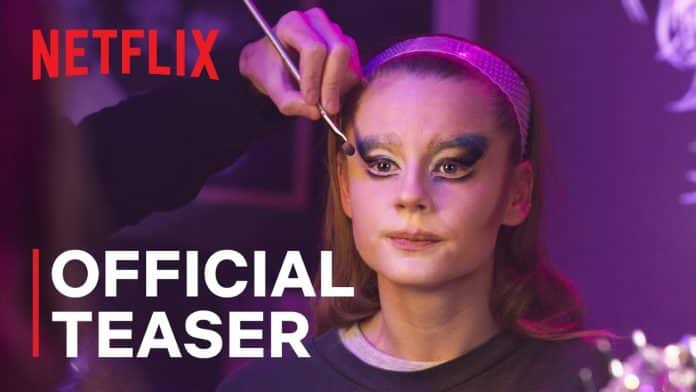 Netflix has announced the official teaser and the premiere date of the upcoming Swedish film dancing Queens. The creator of this film is Helena Bergstrom; she is also the director and playing a lead role in this movie.

The story of this film revolves around Dylan Pettersson (Molly Nutley), a 23-year-old girl who belongs to a tiny island in the Bohuslan Archipelago, having big dancing desires. The girl has talked about the cleaning at the struggling drag club queens; at that moment, the club’s star dancer and choreographer (Fredrik Quinones) accidentally found out the hidden talent of Dylan.

She is very desperate to become a part of the show, but unfortunately, she is a girl, but the show is a drag show. It is an exciting and buoyant drama that explores to hold the unpredictable, and it depicts a perfect combination of love and friendship.

But there is prose that where there is a will, there is a way. Helena Bergstrom directs this incredible dancing film; she is also the scriptwriter along with Denize Karabuda. The film is produced by Joana Sorobetea at Sweetwater Productions with Colin Nutley and also Mikael Bergkvist as the executive producer.

In this film, DOP is Peter Mokrosinki. The costumes are made up and designed by Swedish fashion designer Camilla Thulin, and Norwegian Gaute Storaas is the composer of the music.

It is confirmed that this film will launch globally on 3rd June on Netflix.

Here is the official teaser of the film: