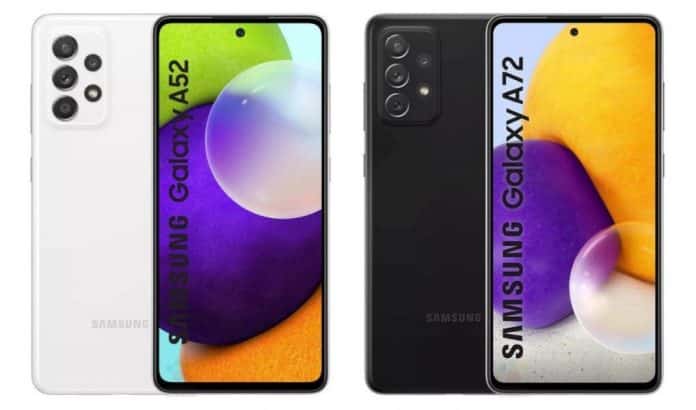 Samsung is set to launch two of its smartphone in India by the mid of the next month. These two smartphones are Samsung Galaxy A52 And Galaxy A72. Both of the devices have been tracked by the market participants and over the course of the last 6 months, we have seen several leaks of these two devices coming out.

Last month we reported that the smartphone might be heading to India. This can be read here. Now some reports have added more fuel to the ongoing speculation and we think that by the middle of March, we might see both of the products available in the market. Samsung Galaxy A52 might come with a 6.5-inch Super AMOLED display and will have a modest refresh rate of 90Hz.

It might be run by the Qualcomm Snapdragon 720G SoC. The smartphone will have a RAM of 8 GB and internal storage of 128 GB. In terms of optics, it is expected to house a quad-camera system. This includes a 64 MP primary sensor, 12 MP secondary lens, and a couple of 5 MP lenses. Talking about the selfies, we will get a 32 MP snapper on the front. It might house a 4,500mAh battery with 25W fast-charging support.

In comparison to this, Samsung Galaxy A72 might sport a 6.7-inch FHD+ display and offer 90Hz refresh rate as same as the above-mentioned handset. The 4G and the 5G variant of the smartphone are expected to have a Snapdragon 720G SoC and Snapdragon 750G SoC. It is suggested that this smartphone will also house a quad-rear camera setup with similar specifications to that Samsung Galaxy A52. One main difference is that this model will pack a stronger battery cell of 5,000mAh. It will be paired with 25W fast charging.