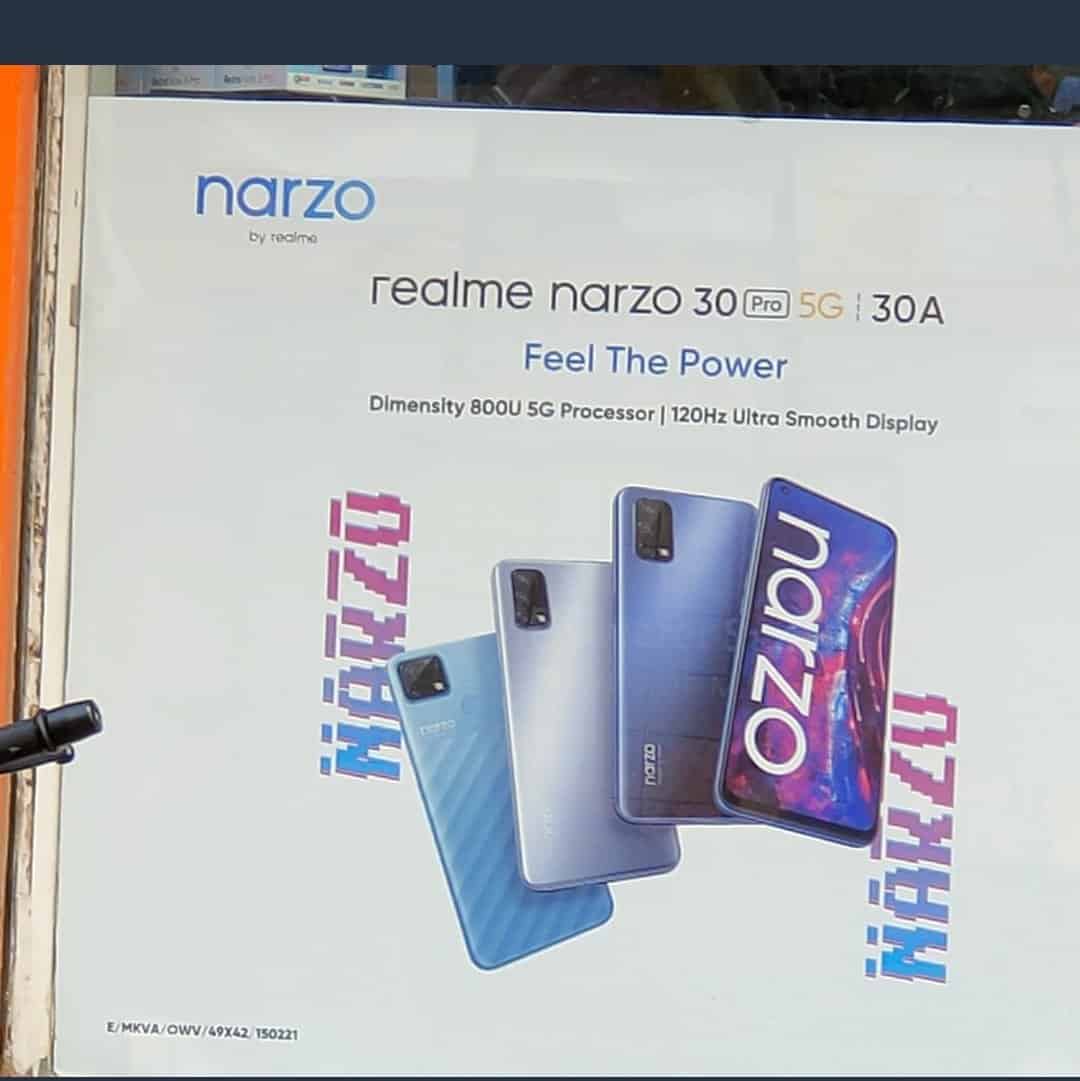 Last year Realme had launched the Narzo 20 series in India and this year it is almost time we can expect another Narzo series smartphone. Madhav was tweeting about a cheaper 5G smartphone recently, that will be reportedly cheaper than the current cheapest smartphone in India, Realme X7 5G price starting at Rs.19,999.

Now some new leaks have surfaced on the internet revealing the model names of the upcoming Realme smartphones. The models that will be available this time are Realme Narzo 30 Pro 5G and Narzo 30A. The pro model is the one Madhav was tweeting about, at least it seems to be. The phone images have also surfaced, let’s have a look first.

This poster has been pictured from a retail shop in India. The Realme Narzo 30A seems to have a square camera layout while the Narzo 30 Pro 5G seems to have a rectangular one and a punch-hole display. In addition to such a beautiful display, the Pro model is featuring the MediaTek Dimensity 800U 5G processor, and this time we can expect a 120Hz display on it.

It is not sure which of the specification is meant from which device but we can see that both the phones seems to have a premium look on them.

On the other hand, Mukul Sharma shared this exclusive news where he is claiming that the company is launching the Realme Buds Air 2 on February 24 along with the Narzo 30 series.

Arnab Das - March 4, 2021 0
Realme GT 5G is finally here in two different designs among which we have a normal glass body model and another one has the...