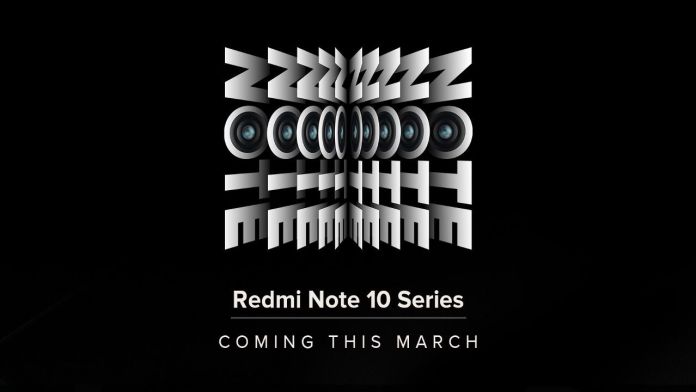 After a bunch of leaks and rumors from a couple of months regarding the Redmi Note 10 series, finally, the company itself shared a teaser video on their Twitter handle showing that the Redmi Note 10 series is about to arrive in India in March. The exact date has not been confirmed yet, but it will be the month of March. (source)

On the other hand, an Indian tipster has shared that the Redmi Note 10 Pro receives the Indonesian Telecom certification with the model number M2101K6G. (source)

To know more: Redmi Note 10 series: Colour, RAM, storage variants, and No charger in the box

Previously, the Redmi Note 10 4G has got appeared on the Geekbench website listing by which we’ve come to know that it will run on the Android 10 OS and will be powered by an octa-core Qualcomm Snapdragon 662 SoC chipset. The model number of this phone is M2010J19SC and if we check its Geekbench scores, then its single-core score is 316, and the multicore score is 1426. Regarding the display, this phone will feature a 6.53-inch FHD+ (1080 x 2340 pixels) IPS LCD waterdrop notch display. This phone has a side-mounted fingerprint scanner.

The Snapdragon 662 SoC of this phone is paired with 3 different RAM (4GB/6GB/8GB) and internal storage options (64GB/128GB/256GB). Coming to the camera specs, this phone will feature a quad rear camera setup with a primary sensor of 48-megapixels supported by an LED flash. We have no idea regarding the other rear camera sensor till now. For the selfies, this phone sports an 8 selfie snapper at the front. In terms of battery, the Redmi Note 10 4G is fueled up a 5,900mAH battery. As per the connectivity, this phone will support 4G connectivity, Wi-Fi, Bluetooth, and so on.

Also Read: iQOO is going to launch a flagship in India on March-end, probably iQOO 7