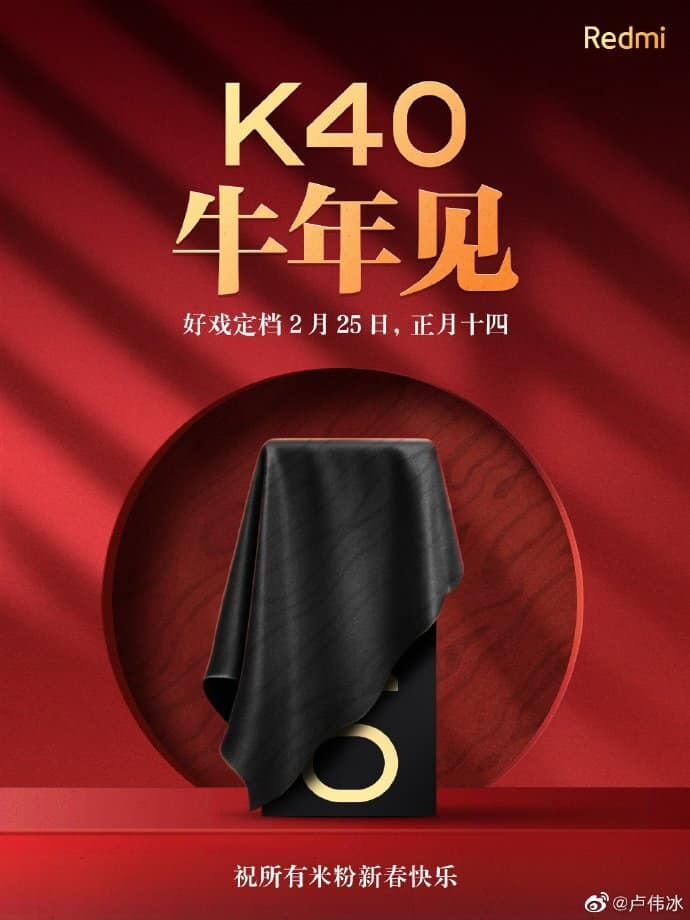 The company has promised to deliver a brand new design and claims it to be a “very very beautiful” device. Some notable changes have in the device will occur as mentioned y the company where the smallest punch-hole will be one of them.

The official poster reveals the black retail box design and we are still unaware of the company will include the charger in the box. The Redmi K40 series will have a Pro model that will be equipped with Snapdragon 888 SoC and the vanilla version might get the MediaTek Dimensity 1200 chipset or a Snapdragon 700 series chipset. Charger in the box or not, stereo speakers were assured by the company.

As per some leaks, the Pro model of the series could be priced around 2,999 Yuan (~$464). The battery of the devices will be in the 4,000mAh segment. The pricing of all the other devices in the series has not been revealed yet but we can expect the vanilla version to be priced around 2,000 Yuan (~$310).

“Money Heist(Season 5)”: Netflix has confirmed the release date and the...