Dele Alli transfer will have to wait if it must happen, PSG still frontrunners 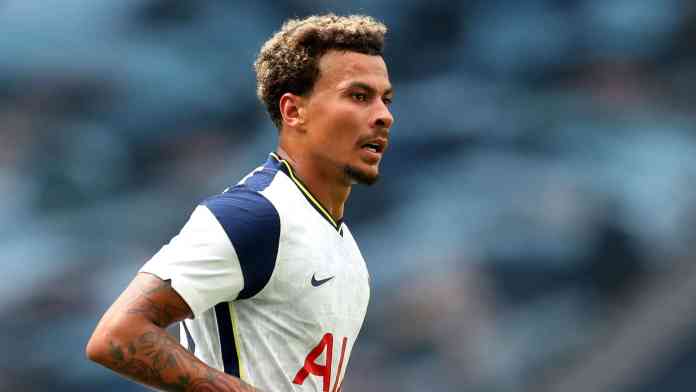 Once heralded as the future of the Tottenham midfield, Dele Alli’s current situation at the club is anything but okay right now. He has been left on the bench for the majority of Spurs’ games and is not favoured at all by Jose Mourinho in the starting XI.

Alli has only played 74 minutes of Premier League football this season and has only made 4 appearances for the London club in the Europa League, alongside singular appearances in each of the domestic cup competitions.

The situation was confirmed by Fabrizio Romano on his Here We Go podcast on Patreon as the Italian journalist said that the main reason behind Alli trying to force a move away from Tottenham is due to playing time. At 24, he is still young, and considering his talent, should be playing every single week to get to the best of his capabilities. However, that is not happening under Mourinho.

Paris Saint-Germain are still being heavily linked with the services of the Milton Keynes born midfielder, more so now due to the appointment of Mauricio Pochettino as the head coach of the French Champions.

Spurs are determined to not lose Alli permanently, and are only willing to listen to loan deal options. Even in that situation, negotiating a deal with Tottenham regarding a move for one of their brightest talents will not be easy.

Assessing the situation objectively, though, it is in the best interest of all the parties involved that Alli be sent out on loan somewhere so that he can play and develop.

Romano mentioned that a deal, if possible, would be more likely to happen towards the end of the transfer window. And hence, fans should be watchful of the Englishman’s future at Spurs.

Mbappe will decide soon about his future