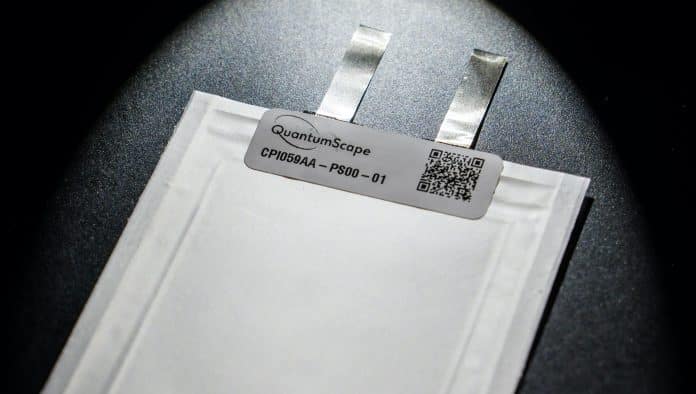 QuantumScape’s recently revealed the test results of the company’s solid-state battery. It has been reported that the battery resolved all of the core challenges that have plagued solid-state batteries in the past, including the incredibly short lifetimes and slow charging rate.

The battery’s negative electrode, or anode, is made from pure lithium metal. During battery discharge, all of the lithium flows from the anode to the cathode. The vacancy on the anode side is temporarily compressed like an accordion. The process reverses itself when the battery is charged, and the lithium ions flood into the anode again.

“The anode-free design is important because it’s probably the only way that lithium-metal batteries can be manufactured today with current manufacturing facilities. Anode-free has been a big challenge for the community.”

Researchers over the years have used either a plasticky polymer or a hard ceramic. Though polymers are the separator material of choice in liquid electrolyte batteries, they’re not useful for solid-state cells because they don’t block dendrites. And most ceramics used for experimental solid-state batteries have been too brittle to last more than a few dozen charge cycles.

“These dendrites are like the root of a tree. We’re trying to solve the problem: how do you mechanically stop this root system from growing with something solid? You can’t just put anything you want because you have to feed ions back and forth. If you don’t do that, there is no battery.”

According to senior engineers and researchers at QuantumScape, the company has solved the challenging basic-science problems that have hindered a solid-state battery’s commercialization. If the solution can indeed be implemented successfully, then the EV’s future can become more stable real soon.