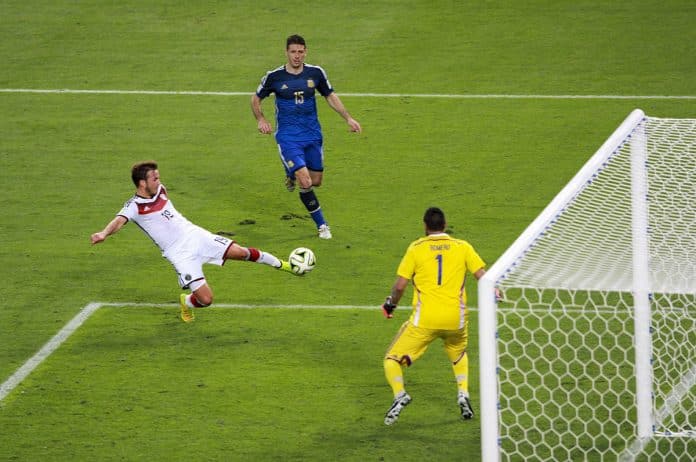 There have been lots of players to play for both teams involved in Der Klassiker. Mario Gotze is one of those privileged enough to have played for two of the biggest clubs in Germany and to have lifted silverware with both of them.

Gotze’s biggest moment as a footballer was in the 2014 FIFA World Cup Final, where his goal against Argentina brought the trophy to Deutschland. However, the attacking midfielder has since failed to build on that high.

The German came through the ranks at Ronsberg and Hombrucher before moving to Borussia Dortmund’s youth academy in the summer of 2001. He then broke into the first team as a teenager in the 2010/11 season and helped Dortmund win the Bundesliga, as well as the DFB Pokal a year later.

Gotze almost got his hands on a Champions League trophy, facing future employers Bayern Munich in the final of the esteemed competition, but ultimately fell short of the mark.

His move to Bavaria went through in 2013, and Gotze has now admitted that he should have taken some more time to develop at Dortmund before moving to a superclub like Bayern at the age of 21.

Here is what the player had to say, reflecting on his transfer to Bayern in 2013, speaking to ZDF Sportstudio:

“I was just 21 at the time and I arrived in a situation where Bayern had just won the treble. I’d learned so much in Dortmund before then.”

“In hindsight, maybe I should’ve taken more time for my development, which is something you just don’t get in Munich.”

Mario Gotze moved back to Dortmund in 2016, but could not find the spark that he once had at the Westfalenstadion. He was released earlier this year and joined PSV Eindhoven for free.

In the Eredivisie and Europa League, Gotze has managed to score three goals from six appearances for his new club.

Qualcomm to introduce Snapdragon 778G SoC on 19th May