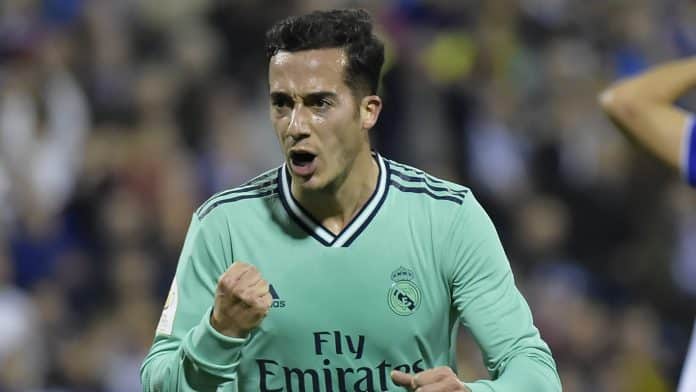 Players being converted to play out-of-position is not a new concept in football. The likes of Jose Mourinho, Pep Guardiola, Carlo Ancelotti and Sir Alex Ferguson have all done it over the years.

So it should not be a source of amazement when Real Madrid manager Zinedine Zidane revealed his team-sheet and Los Blancos’ fans saw Lucas Vazquez starting at right-back.

The same Vazquez who has often played an important role for both Sevilla and Real Madrid in an attacking position, whether that was at left-wing or right-wing. But, the fact that his team needed him to play there and Vazquez agreeing to undertake the responsibilities is always something amazing to watch.

Vazquez has not exactly lit up the pitch with his defensive performances, but then again he is not a natural defender at all. So from that perspective, it is important to know why he is playing in that position right now.

Real Madrid have lost both Carvajal and Odriozola to injuries which are a little long term in nature, while makeshift defensive option Nacho Fernandez is also struggling with his own fitness.

Vazquez was deployed in that place and looked decent in making attacking runs as well as snuffing out the danger that Ashley Young and Ivan Perisic could have produced more often than not. Vazquez spent the entire 90 minutes, making 57 passes with a success rate of 89%. His defensive stats read winning 4 duels and attempting 2 tackles in the process.

Of course, we have recently seen Jesus Navas start as a regular right-back at Sevilla and he got better with time and often led the team on the field as well. Although this may be a temporary experiment, Vazquez seeks to prove that he is not just a competent footballer but can also help the club when required in the direst of times.

So in that regard, he could very well spend a few more years at Real Madrid proving to be a valuable squad player. A reward for his loyalty and versatility, perhaps?

Previous articleTop 5 fastest hat-tricks in the Champions League ever
Next articleSamsung launched W21 5G, a premium version of the Galaxy Z Fold2 for China