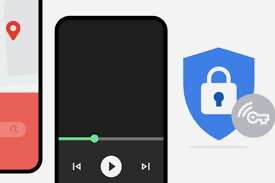 Having a trustable VPN service is mandatory in today’s world as cybercrimes are on the rise. But that’s not just the only reason to have a reliable VPN. Usually, when we are surfing for something on the internet, be it anything, our data is accessed and shared across various platforms. It’s like virtual stalking. I don’t want my location to be accessed by Google. Why would I want a search engine company to know where I hang out or what I search for? But still, we end up doing the same.

There are plenty of VPN services to choose from that can help you protect your privacy and security. VPNs allow for encrypted internet connection. Now it seems that Google is offering its VPN service. That’s strange. The company that tracks our search history and location in the first place is offering us something to protect our privacy. It’s like a tobacco selling merchant is advertising treatment for cancer, pun intended.

However, let’s talk about Google’s new VP service. The Android-based VPN is free of charge to any 2TB Google One cloud storage subscriber in the US and soon will offer the same for iOS users and other platforms.

The 2TB Google One plan costs $9.99 a month or $99 per year, so the VPN is not exactly free. Is it still something, right? And most people will blindly go for the VPN because it is Google that’s offering it. However, a new VPN google is just testing the latest way to boost its cloud storage user base.

There is plenty of VPN available for iOS devices and Android users. Some are free with limited offerings, and some offer exclusive features for paid subscriptions. However, since smartphones are often used in digital transactions and are connected to public networks, a subscription package for a good quality VPN is mandatory.

Final thoughts: Google is a big company offering excellent services, but privacy is something in which the company doesn’t excel. However, the VPN is not a bad thing being offered. It’s just that many established VPN players in the market are more trustworthy than the company, which knows your location 24X7. Think about it.

Indian companies are still behind in preventing cyber attacks