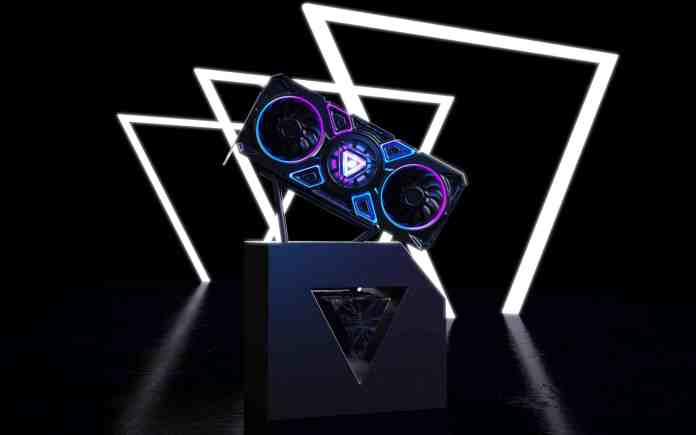 We already know the latest rumor going around Silicon Valley about intel. The semiconductor giant is losing its crown as the king of the wafer manufacturing market. But it seems that hope is still not lost the company. Let’s not forget that intel has been leading its $400bn industry as the best for almost three decades.

With its 10nm process-based Tiger Lake CPUs launch, Intel has already made a comeback in the notebook processor market. Its desktop-grade CPUs, however, still need some major revamp.

Intel, however, announced its new DG1 GPU and that the new GPU has officially started shipping. The company also announced its next GPU, which is named DG2, that will be based on their upcoming Xe-HPG architecture.

The DG1, which started shipping today, is commercially known as the Iris Xe Max GPU. The card is the company’s first discrete GPU in over two decades, and the wafer manufacturer has been advertising its new GPU since the the first time it announced its Tiger Lake line-up.

Intel is already shipping its new integrated GPU to notebooks. We have already seen many OEMs announcing to adopt Intel’s new Tiger Lake processors and sporting the new GPU.

Intel also announced its next discrete GPU, which is dubbed as the DG2. Although the semiconductor manufacturer is still to tell the new GPU specifications, sources claim that intel has already finished fabbing of the original silicon and has powered on the new GPU in its lab. The fabric seems to be ready to be taken on test drives, as reported by the sources.

Intel’s CEO Bob Swan has claimed that the new DG2 isn’t the successor of the company’s DG1; instead, it is high performing GPU based on its Xe-HPG gaming architecture.

Intel isn’t revealing too much at this time. For now, the company is merely saying that the DG2 will increase the performance and capabilities of its discrete GPUs.