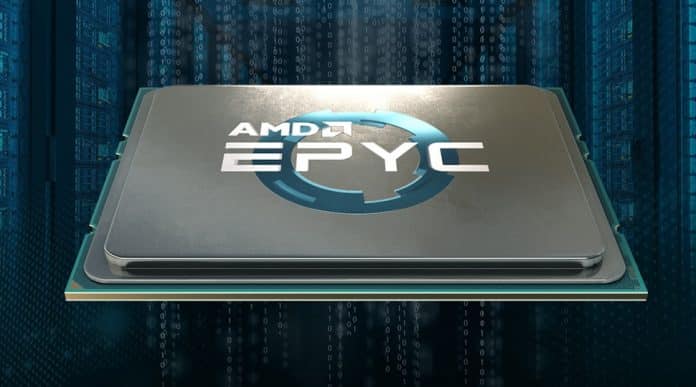 AMD is intel’s biggest rival in the CPU industry, and the company has been planning to release some powerful next-gen CPUs to compete with Intel’s upcoming Rocket Lake and Alder Lake CPU’s.

Recently we saw AMD’s Ryzen 5000 series being leaked online. Now, an alleged leaker by the name of YuuKi_AnS has posted online information regarding AMD’s next-gen EPYC Milan CPUs. The rumored CPUs will be based on AMD’s Zen 3 chipsets.

According to sources, the AMD EPYC Milan CPUs will feature single-core performance on par with Intel’s Xeon CPUs. The leaker also reports that the benchmark score is at least 500 points.

The Zen 3 core microarchitecture is based on an advanced 7nm process node and will boost the capacity of the new EPYC Milan CPUs.

AMD has shown their Zen 3 based 7nm processors that offer better performance per watt than Intel’s 10nm Ice Lake-SP Xeon CPUs. As for the features, Milan chips will offer socket compatibility with SP3 platforms. The new CPUs will also feature support for DDR4 memory and the latest PCIe 4.0 interface. The next-gen CPUs will also offer 64 cores and 128 threads and will reportedly have a TDP rate of 120-225W.

The following main features are leaked according to sources:

The launch date is not released as of yet. But AMD has announced that the EPYC Milan CPUs will be shipped in late 2020. The next-gen chips will head to head with Intel’s 14nm based Cooper Lake-SP and 10nm based Ice Lake-SP.