OnePlus Power Bank compact with a 10,000mAh battery will arrive with OnePlus 8T 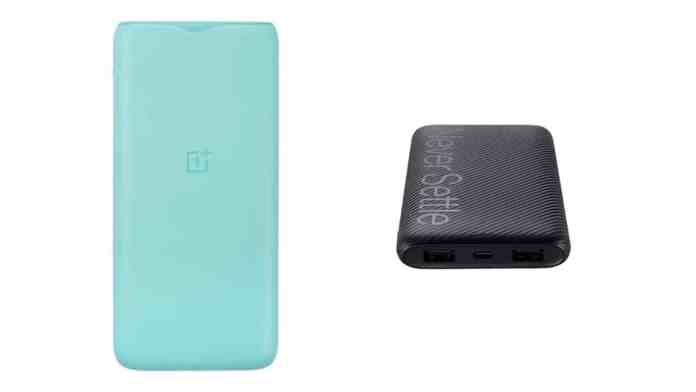 We all know that OnePlus is going to launch its flagship smartphone the OnePlus 8T on 14th October, now OnePlus has hinted that an additional new product may launch with this flagship phone. Today the reliable tipster Ishan Agarwal has confirmed that OnePlus is going to launch a Power Bank with its flagship OnePlus 8T handset. The tipster has also revealed some key specifications of this upcoming power bank. So let’s check out all the specifications of this power bank.

The OnePlus Power Bank comes with a power capacity of 10,000mAh. This Power Bank is able to charge with a 108W of fast charging technology. In terms of dimensions, the tipster hasn’t revealed any exact measurement, but he gave the clue that this upcoming power bank will be light-weighted.

Regarding the looks of this power bank, this upcoming device resembles the OPPO Power Bank 2 a lot. This is understandable considering OnePlus is under Oujia which also has major shares in OPPO. Also, the company uses a lot of references from OPPO including its factories.

According to the tipster, OnePlus will offer two colour options for this power bank- Black and Green. Regarding the pricing, it is expected that this upcoming power bank will likely be priced between Rs. 1,200-1,400($16-$19).

However, all the above information is based on the leaked news the company hasn’t sheared and details about this power bank. This power bank will be released on 14th October with the flagship model OnePlus 8T.